The stock market has been on a fantastic run since late March 2020, with the S&P 500 more than doubling since then. Perhaps your portfolio has performed on par with the broader market, or maybe it hasn’t.

Whether you want to maintain your momentum or turn things around, two exciting biotech stocks that could help supercharge your portfolio are Novavax (NASDAQ: NVAX) and Axsome Therapeutics (NASDAQ: AXSM). Here’s why.

Small-cap biotech Axsome Therapeutics has had a rough year, largely due to regulatory setbacks. Perhaps the most damaging was the delay the company’s application for AXS-05 encountered. AXS-05, a potential treatment for major depressive disorder, could have been on the market already, as the U.S. Food and Drug Administration (FDA) had initially set a PDUFA goal date (PDUFA stands for Prescription Drug User Fee Act, the date is the latest date to complete the review) of Aug. 22.

But the agency found deficiencies in Axsome Therapeutics’ application, which led to the delay. The FDA has not asked for additional information, and Axsome Therapeutics is still awaiting an answer from the health industry authority. Importantly, regulators have not raised any concerns regarding AXS-05’s safety or efficacy. Even if there are more regulatory headwinds ahead for the drug candidate, it seems very likely to make it to the market eventually.

And once it does, the potential is huge. Depression currently affects some 80 million people in the U.S., nearly four times as many as it did before the pandemic. 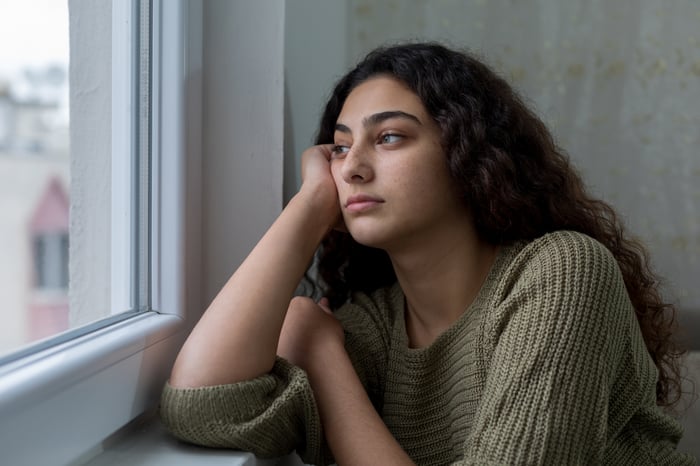 In a late-stage study, AXS-05 significantly reduced the symptoms of depression. This medicine could become an important treatment for patients suffering from this disease — achieving blockbuster status in the process. Axsome Therapeutics thinks AXS-05 could reach peak sales between $1 billion and $3 billion in this indication.

For a company with no products on the market, the potential AXS-05 offers could help Axsome Therapeutics get back in the good graces of investors, if approved. The biotech does have other candidates, and it thinks its late-stage pipeline could achieve peak sales between $4 billion and $9 billion. The company’s market cap is currently less than half the low end of that estimates.

Meanwhile, Axsome Therapeutics believes its current capital — which includes $114.6 million in cash and cash equivalents as of Sept. 30 — will be enough to fund its activities until 2024. Once regulatory approvals start rolling for this biotech, the sky is the limit.

Novavax has yet to win Emergency Use Authorization (EUA) for its COVID-19 vaccine (NVX-CoV2373) in the U.S. and most other nations. A mid-October Politico article claimed that the biotech was facing manufacturing issues — much more severe than were previously thought — and these problems were contributing to Novavax’s delayed regulatory filings. However, Novavax almost immediately denied these allegations and reaffirmed its intention to submit regulatory filings for NVX-CoV2373 promptly.

Since this episode, the biotech has completed regulatory filings in Europe, the U.K., Canada, Australia, New Zealand, and South Korea, and it has filed for Emergency Use Listing with the World Health Organization. It has also received EUA in India, Indonesia, and the Philippines. More regulatory approvals are about to start coming in for Novavax. After all, the results from the company’s late-stage study for NVX-CoV2373 were solid. The vaccines proved roughly 90% effective overall — and 100% effective against severe cases of COVID-19. 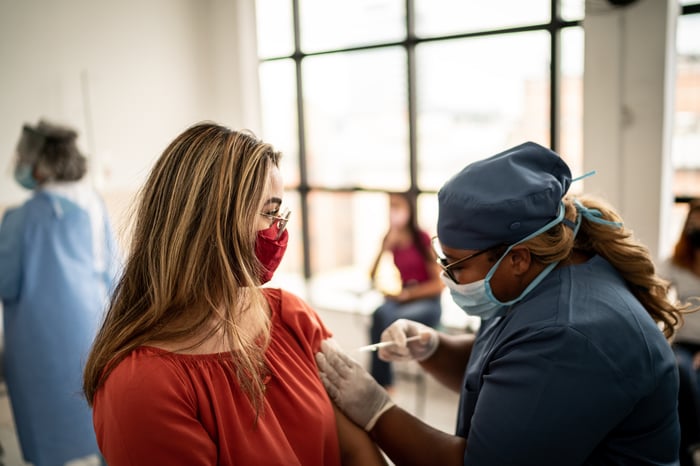 Moreover, health regulators in the U.S. have said that participants in phase 3 clinical trials for NVX-CoV2373 who received both doses of the vaccine should be considered fully inoculated. Analysts expect the company to record roughly $4.83 billion in revenue next year, presumably from sales of NVX-CoV2373 since the company has no other products on the market. Novavax has already signed purchase agreements with plenty of governments worldwide, and that’s why NVX-CoV2373 will continue to be a powerful tailwind for Novavax.

Then there is the company’s NanoFlu vaccine, a potential flu vaccine for adults above 65. This program was put on hold because Novavax chose to focus its efforts on NVX-CoV2373. But NanoFlu remains a promising candidate. It proved both safe and effective in a late-stage clinical trial during which it went head-to-head against one of the leading flu vaccines on the market.

The flu continues to cause thousands of hospitalizations and deaths every year, particularly in the demographic NanoFlu targets. Novavax has other pipeline candidates, including a combination vaccine for both the flu and COVID-19. With multiple potential catalysts ahead and other programs that could be worth billions of dollars — not to mention roughly $1.9 billion in cash and cash equivalents to fund its activities — Novavax looks like a top biotech stock to buy right now.

10 stocks we like better than Novavax
When our award-winning analyst team has a stock tip, it can pay to listen. After all, the newsletter they have run for over a decade, Motley Fool Stock Advisor, has tripled the market.*

They just revealed what they believe are the ten best stocks for investors to buy right now… and Novavax wasn’t one of them! That’s right — they think these 10 stocks are even better buys.