3 Highest-Growth Stocks in the Market Today

Even though we are now in a period of accelerating economic growth, which may benefit cyclical and value stocks, long-term trends in technology remain. Technological innovation has spurred the biggest winners over the past decade, and there’s a good chance tech stocks will continue to dominate the next decade too, especially if interest rates remain historically low.

That means high-growth disruptors could regain market leadership coming out of 2021, so investors may wish to take a look at three of the fastest-growing large-cap stocks in the market today: Etsy (NASDAQ:ETSY), Sea Limited (NYSE:SE), and Square (NYSE:SQ). 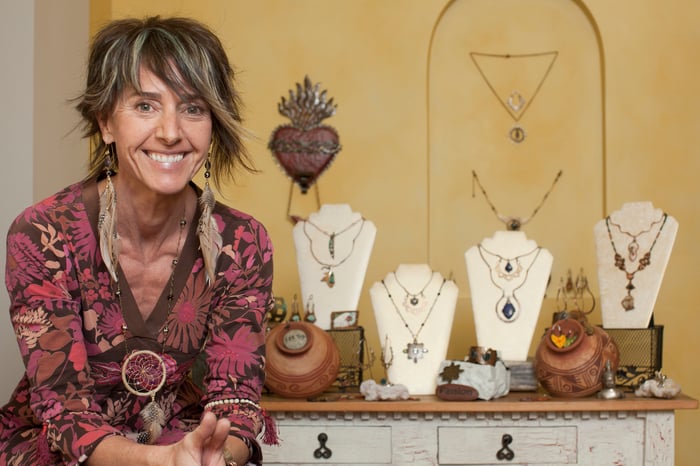 Yes, the recent blowout numbers were spurred by the pandemic. With people stuck at home and unable to spend on travel and leisure activities, Etsy’s e-commerce marketplace was perhaps perfectly positioned to weather and thrive during economic lockdowns. Yet while some may worry what will happen to Etsy’s growth after the pandemic, data shows Etsy customers have stuck around and are increasingly loyal: Though total active buyers were up an impressive 91% last quarter, repeat buyers were up 114%, and habitual buyers were up an even greater 205%.

Higher growth rates of repeat and habitual buyers show Etsy’s platform is pleasing customers, many of whom appear likely to stick around for the long-term. Despite the economic reopening this quarter, management still expects between 15% and 25% revenue growth in its upcoming earnings results, with adjusted EBITDA margins between 25-28%, even with the company reinvesting more in technology, branding, and international growth. Topping it all off, Etsy just announced the $1.625 billion acquisition of Depop in June, a Gen Z-focused used apparel marketplace, which itself grew revenue over 100% in 2020.

While pandemic was definitely an accelerant, Etsy’s long-term growth story seems far from over, even if it may not grow quite as fast coming out of the pandemic this year. 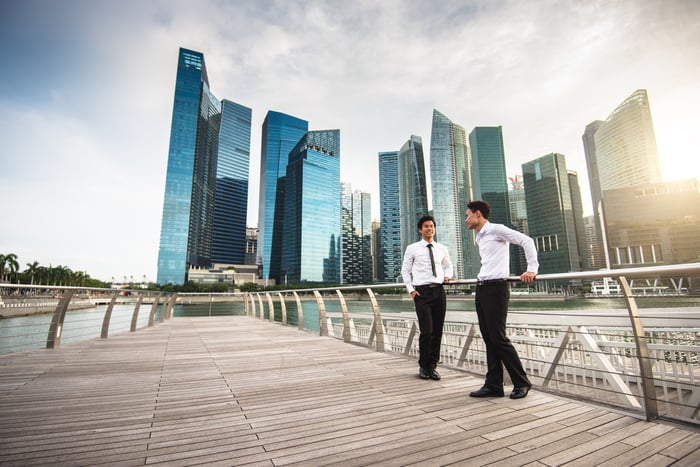 Rising e-commerce star Sea Limited, based in Singapore but listed on the New York Stock Exchange, also posted some of the highest growth in U.S. markets last quarter, with revenue up a whopping 147%. Sea began as a video game distributor and messaging platform back in 2009. But beginning in 2015, founder Forest Li began to build out the company’s Shopee e-commerce platform and SeaMoney digital payments platform, taking aim at a large region relatively under-penetrated by internet access and e-commerce.

Sea hit a consequential home run with Free Fire, its first in-house developed game, which continues to deliver huge profit growth, even four years after it first launched. Last quarter, Sea’s gaming segment grew 111% and adjusted EBITDA surged 140% to $717.3 million. The profitability of this gaming segment has afforded Sea the opportunity to aggressively build out Shopee, which saw top-line growth of a whopping 250% last quarter.

Shopee is still bleeding cash on the bottom line, but the gaming business affords Sea the ability to aggressively build out this e-commerce platform with discounted prices and local customization. That aggressiveness has helped Shopee to leapfrog ahead of earlier movers in the region to become the leading e-commerce platform across Southeast Asia and Taiwan, both in terms of active users and time spent on Android phones.

With its rapid success in Southeast Asia, Sea has now set its sights on Latin America, building out operations in Brazil and Mexico in 2021. With a population size about equal to that of Southeast Asia, and with a similarly underpenetrated internet and e-commerce economy, Latin America could be yet another growth avenue for this all-star stock. For the foreseeable future, Sea Limited’s growth prospects appear virtually, well… unlimited. 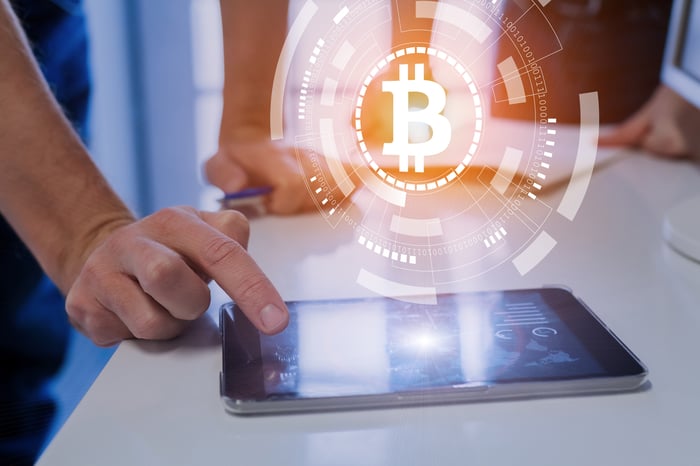 Finally, fintech leader Square’s quarterly revenue clocked in at a miraculous 266% last quarter. Of course, that number may be a bit misleading; 87% of that growth came from the company’s Bitcoin (CRYPTO:BTC)-related trading revenue. Remember, in the first quarter of 2021, bitcoin prices skyrocketed, along with interest in crypto and trading activity.

Of course, Square’s core segments are growing nicely as well; transaction-based revenue increased 27% in the first quarter, despite the fact that the U.S. economy had not fully reopened and was lapping a two-thirds “normal” quarter from the year before. A lot of Square’s transaction revenue comes from in-person retailers, so that should rebound with the economy reopening. Meanwhile Square’s subscription and services revenue, primarily from instant deposits in the Cash App and Cash App for business, surged 88%. Hardware revenue, which is a minimal portion of revenues, grew 39%.

Square continues its development of two powerful ecosystems, with its Seller ecosystem for merchants and the Cash App for consumers, which grew gross profit 32% and 171%, respectively, and Square continues to innovate new products within each. Last quarter, Square sellers increasingly adopted Square appointments for service-based businesses, and the company launched peer-to-peer bitcoin payments and transfers within the Cash App. Management says it is now seeing more ways to not only integrate new products within each ecosystem, but also between the two ecosystems, such as offering Cash App services to Square Loyalty members. And the company continues to penetrate international markets as well, such as the U.K., Australia, and Japan.

As the foremost innovator in the fintech space, Square seems poised for big growth this decade as it continues to add features to both ecosystems.