When we think of retirement, most of us think of accumulating a large sum of money and then spending it down gradually. One of the best insurance policies to prevent spending all of your money is to have numerous sources of income in retirement. As you’ll see, even small amounts of retirement income can go an incredibly long way in making sure you have enough to last you the rest of your life.

Retirement doesn’t need to be the permanent cessation of work; in fact, many would attest that a retirement without any work whatsoever can grow tiresome quickly. Going from a life of full-time work to one of full-time leisure may be more difficult than it sounds, especially if you’re someone who derives a sense of identity from your work.

You’d be well-advised to think about some types of part-time work that you enjoy, even if it’s working at a nature preserve or a coffee shop. Having a source of income, no matter how small it may seem, can prevent you from reaching too deeply into your portfolio at any given time.

For example, many retirees use the 4% rule to determine how much they should withdraw from their investment portfolios every year, even though some people argue the rule is outdated. The 4% rule states that you can withdraw 4% of your portfolio every year in retirement, adjusted for inflation, and have a minimal probability of running out of money over a 30-year horizon.

This means that a $1 million portfolio would yield $40,000 in annual retirement income in the first year of withdrawals. If you had a part-time job that brought in only $20,000 annually, it would be equivalent to adding another $500,000 to your nest egg!

Aside from the obvious benefits of working (i.e., social interaction, brain stimulation, and personal development), there is a true financial difference in continuing to work part-time past the traditional retirement age. 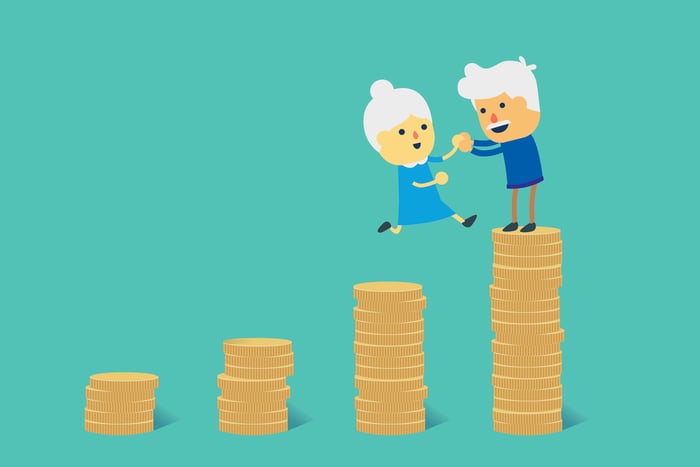 If you decide to submit your permanent resignation before you turn 59 1/2 (the age at which 401(k) withdrawals become penalty-free), you’ll be eligible to take from your most recent 401(k) early as long as you’ve already turned 55.

Aptly named the “rule of 55”, this lesser-known rule allows you to take from your retirement accounts early — and without penalty — if you retire and need extra income.

Typically, your 401(k) is meant for withdrawals in retirement, and that time simply comes sooner for some than for others. The rule of 55 exists to theoretically sustain you until you’re able to claim Social Security in your early 60s, but this is of course dependent on your total financial picture.

Your 401(k) is only really seen as an unexpected source of retirement income if you have the luxury of retiring in your mid-50s. But it is there as a safety valve if you need money to bridge the gap between your retirement date and when your other retirement income sources may begin.

If you’ve contributed to your Health Savings Account (“HSA”) over the years and invested the balance, you’ll be able to tap into it tax- and penalty-free to cover healthcare costs both before and after retirement.

There are many rules surrounding HSAs, but there are some great benefits to using one if done correctly. First, if you use the money for an ineligible expense (otherwise known as a “non-medical” expense) before you turn 65, you’ll owe ordinary income tax and a 20% tax penalty on any amounts withdrawn.

Second, if you use the money for ineligible expenses after you turn 65, you’ll still be taxed on the distribution but will avoid the 20% penalty. So it pays, if you can, to use the money in your HSA for true medical expenses in retirement.

Given that rising medical costs are one of the top concerns of soon-to-be retirees, it’s truly worth looking into a long-term HSA strategy designed to cover your future (and unknown!) health costs.

When it comes to retirement, it’s especially important to know the actions that will grow your net worth and those that will deplete it. Having some lesser-known sources of income in the back of your mind will only serve to give you a greater sense of control as you age closer to retirement. Be sure to get on top of the details early and you’ll be on track for a comfortable retirement in a few short decades.