Just as the legitimate business world has moved its activities online amidst the global coronavirus pandemic, so have Europe’s drug traffickers and drug dealers, according to the European Monitoring Centre for Drugs and Drug Addiction’s (EMCDDA) 2021 report. 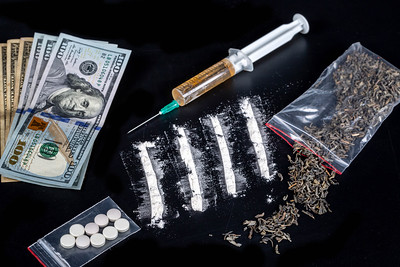 the continent remains a key market not just for local drug producers but cartels and traffickers from Latin America, North Africa, East Asia and beyond. (Source: Marco Verch)“Drug production and trafficking appears to have adapted rapidly to pandemic-related restrictions, and we have seen little evidence of any major disruptions in supply,” the document said.

“Social distancing measures may have affected retail drug dealing, but this appears to have led to a greater adoption of new technologies to facilitate drug distribution, possibly accelerating the trend we have seen in recent years, where the market is becoming increasingly digitally enabled,” it said.

Drug traffickers have adapted to travel restrictions and border closures, which led to changes in routes and methods. They now rely more on smuggling via intermodal containers and commercial supply chains, rather than human couriers.

There’s no shortage of product for them to move either. Although a record 213 tons of cocaine were seized in 2019, the continent still remained flushed with drugs of high purity or potency.

That’s because European criminal organizations have been intensifying drug production on the continent, in part to avoid new anti-trafficking measures, according to the EMCDDA.

“The increased number of facilities detected and the manufacturing of a wider range of drugs reflect the scaling-up of efforts by criminals to produce drugs closer to consumer markets in in order to evade anti-trafficking measures,” the report said. “This shift brings with it threats to local environments and risks to the health of people using the drugs.”

The EMCDDA also found that European drug traffickers and producers aren’t just dealing old mainstays like cannabis, cocaine and heroin, but that some 400 new psychoactive drugs were discovered on the market in 2019.

“Potent new synthetic cannabinoids and new synthetic opioids continued to emerge, posing health and social threats,” the report said. Most worryingly, they were found to be most prevalent amongst minors aged 15-16.

Other drugs, like methamphetamines, are also growing markets in their traditional territories.

“Use of methamphetamine in Europe has historically been restricted to Czechia, and more recently Slovakia, where it accounts for a large share of drug-related harms,” the EMCDDA explained.

Now, every year smaller and large-scale laboratories are being found in Europe and large quantities of methamphetamine are being transhipped through the EU to other markets, mainly because of collaborations between European and Mexican criminal groups, the report said.

Overall, the continent remains a key market not just for local drug producers but cartels and traffickers from Latin America, North Africa, East Asia and beyond.