Sign up to myFT Daily Digest to be the first to know about Credit Suisse Group AG news.

Credit Suisse will face a trial over its role in Mozambique’s $2bn “tuna bonds” scandal, a fresh blow as the bank struggles to shake off a succession of crises that have plagued the group in recent years.

The High Court judge presiding over a London lawsuit brought by creditors against Credit Suisse set a date last month of September 2023 for a 13-week trial, according to people familiar with the matter.

The re-emergence of an eight-year-old scandal is a further blow to the Swiss lender’s attempts to move on from a spate of crises that culminated in the implosions of niche finance company Greensill Capital and family office Archegos Capital this spring.

The two failures — which led to the bank liquidating $10bn of investment funds linked to Greensill and losing $5.5bn after the collapse of Archegos — highlighted severe deficiencies in the bank’s risk management systems and culture.

The tuna bonds case stems from a 2013 deal for Mozambique, one of the world’s poorest countries, to borrow from international investors ostensibly to fund maritime projects, including a state tuna fishery, ahead of investments in offshore gas.

Credit Suisse helped arrange $2bn of loans and bond issues, which were partly concealed from the IMF and other donors to the country. When the loans were discovered in 2016, the IMF and international donors cut off support for Mozambique’s government budget, triggering a slowdown for what was one of Africa’s fastest-growing economies.

Auditors later found that $500m of the money raised by the loans could not be accounted for and that the companies behind the debt paid over the odds for equipment. It also found that $200m of the loans were used for bank fees.

Investors accounting for $622m of the loans, including Banco Comercial Português and United Bank for Africa, issued claims in the High Court in December 2020 against Credit Suisse, Mozambique and a state-owned company that received the funding.

“Credit Suisse had been trying desperately hard to push off substantive proceedings for many years,” said a person close to the case. “But it now will have to disclose its own documents and give evidence as to its own actions.”

They added: “The serious claims against Credit Suisse of fraud and conspiracy, with multimillion [dollar] damages claimed, will then be heard in public in September 2023.” 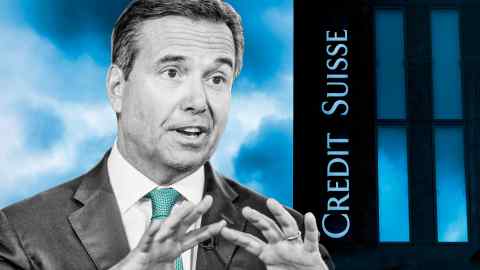 In 2018, the UK’s Financial Conduct Authority dropped its own criminal investigation into Credit Suisse’s conduct.

Boies Schiller Flexner, the US law firm with a London office, is representing the creditors. The firm is also arranging a class-action lawsuit against Credit Suisse on behalf of investors in the Greensill funds.