Central banks all over the world — including in the UAE — are exploring the launch of a digital form of money to reduce friction in cross-border payments, improve efficiency in payments and counter the growing popularity of crypto currencies 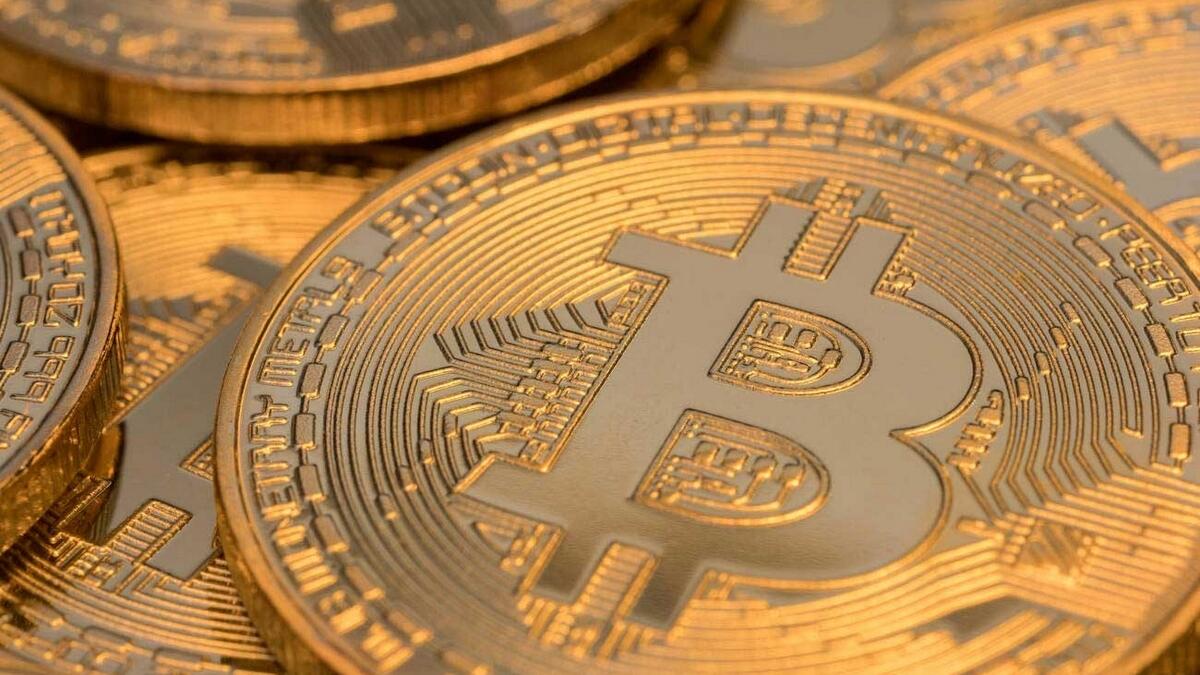 Little over a year ago, the Saudi Central Bank (SAMA) and Central Bank of United Arab Emirates (CBUAE) agreed to jointly explore the creation of a Central Bank

Digital Currency or CBDC. Project ‘Aber’, meaning crossing boundaries in Arabic, was a pilot to explore whether distributed ledger technology (DLT) or blockchain, the technology stack underlying a CBDC, could enable cross-border payments.

The conclusion of the experiment was more than satisfactory. A report detailing the findings co-authored by SAMA and CBUAE and released recently said, “The project confirmed that DLT can provide central banks the ability to reimagine both domestic and cross-border payment systems in new ways,” and then added, “We are pleased by the promising results, insights, and learnings described in this report and trust that they will benefit the central banking community and broader financial ecosystem in visualising the potential of this new technology to transform the GCC (Gulf Cooperation Council) financial markets and indeed our industry.”

In the process, both the UAE and Saudi Arabia, renewed the spotlight on a new trend sweeping the global financial sector and at the same time contributed to the learning quotient on CBDCs. They are part of a growing list of 90 countries engaged in various stages of rolling out the CBDC — which is nothing but virtual money backed by a country’s central bank. These include Sweden, South Korea and Cambodia who have launched pilots and countries like Brazil, China, the United States and India who have signalled their intent. Together, they are creating the quotient of experiences to ready for the launch a CBDC.

However, first off the blocks was the Eastern Caribbean Central Bank, which rolled out its pilot in April last year and, then, in early December 2021 they extended it to two more islands, Dominica and Montserrat. DCash, the name of their CBDC, was launched in the islands of Antigua and Barbuda, Grenada, Saint Kitts and Nevis, and Saint Lucia. Other central banks are keen, but are yet take the plunge.

The question, then, is why is there a sudden surge in interest among central banks all over the world about a CBDC? The obvious logic from the outside looking in is the growing popularity of decentralised currencies like a

crypto currency. The USP of crypto currencies in offering frictionless transactions — particularly those involving cross-border transactions like remittances and simultaneously solving for trust (the sine qua non of any central bank currency) through the use of a transparent mechanism like blockchain — is offering an alternative currency.

In short, private currencies are poised to compete with fiat currencies. This is something that could potentially upend the world of finance. Presumably central banks would prefer to be part of the solution, in ensuring frictionless payments at low or no costs to consumers by tapping the same tech — and thereby stay ahead of potential competition. All the more since banning a crypto currency in a new world order where money in the form of code does not recognise geography is hardly an option.

Addressing a recent webinar hosted by the Vidhi Centre for Legal Policy on the CBDC, Reserve Bank of India (RBI) Deputy Governor T Rabi Sankar very candidly admitted as much. “It is not clear what specific need is met by these private VCs (virtual currencies) that official money cannot meet as efficiently, but that may in itself not come in the way of their adoption. If these VCs gain recognition, national currencies with limited convertibility are likely to come under threat,” he said.

It is important to keep in mind that the one aspect that is common to both CBDC and cryptocurrency is the underlying technology: blockchain. In short, blockchain is the driver of this disruption, and cryptocurrency is just an example of its application. The technology can be used for a host of services, including the delivering of social benefits like pensions, poverty-relief packages and unemployment benefits. Among other things, it will eliminate leakages due to corruption.

The geeky definition, sourced from IBM, is: “It (blockchain) is a shared, immutable ledger that facilitates the process of recording transactions and tracking assets in a business network. An asset can be tangible (a house, car, cash, land) or intangible (intellectual property, patents, copyrights, branding).”

The key terms are shared, ledger and asset. Essentially, the technology enables the inter-linking of a secure computer network to transact business where every entity who is part of it has equal knowledge about every leg of the transaction. Exactly why it is also often referred to as decentralised computing — DeFi or decentralised finance — is nothing but a blockchain application in finance.

This is a utopian world in which everyone knows what is going on. Information is power, not by withholding it but by sharing it with every stakeholder. So, at one level, it becomes that much more difficult to pull off scams without the cover of anonymity. What this very obviously does is reduce traditional risks associated with a business transaction and, of course, usher in the cost efficiencies. And unlike in a centralised system, there is no single point vulnerability in the architecture.

At the same time, it is prone to cyber-attacks. Nonetheless scores of crypto currencies have started to emerge. From less than ten a few years ago, a guesstimate pegs them at just under 8,000 at present. They are applying blockchain benefits, efficiency and accuracy to the business of information — the one factor influencing competitiveness. As IBM succinctly explains the benefits: “The faster it’s received and the more accurate it is, the better.”

Keeping the definition of blockchain based on a shared digital network mentioned earlier, a cryptocurrency is a digital currency created by a private entity — who issues a token, which then becomes the currency; Facebook, for instance, is calling its token Diem.

Think of the time when private currencies existed, before they were replaced by sovereign currencies. Exactly the reason why cryptocurrency is seen as a threat to central bank currencies world over. Especially ‘stablecoin’ — one of the popular crypto currencies — which mimics an official currency as its value is pegged to a reserve asset which can either be the US dollar or gold: thereby it is less susceptible to volatility, something that is the norm with most of the tokens in circulation.

Unlike in the case of a cryptocurrency, a CBDC is based on a private blockchain network and is essentially like an Intranet. In effect, it will be like creating a PDF version of a print magazine: the form is different but will not do anything more than a fiat currency which is physical.

A cryptocurrency, on the other hand, employs a public blockchain network, which allows for decentralised computing — something that is very similar to the worldwide Internet architecture. As David Wessel, senior fellow and director, The Hutchins Center on Fiscal and Monetary Policy, Brookings Institution, pointed out during a recent webinar, a cryptocurrency combines network theory (which promotes efficiency), gain theory (creates incentives through issue of tokens like bitcoins for all the participants in the transaction) and cryptography (which ensures security).

It is these foundations that are posing a threat to fiat currencies issued by central banks, which is exactly why they are moving quickly to plug the efficiency gap faced by central currencies, especially with cross-border transactions entailing exports and imports. Any trade financed by a CBDC will be settled in real time as it is a fiat and won’t need to go through the rigour of inter-bank settlements.

This was also established by Project Aber initiated jointly by Saudi Arabia and the UAE.

The subtext of this seeming faceoff between crypto currencies and the CBDC is as Eswar Prasad, Senior Fellow, Brookings Institution, explained in his just released book The Future of Money, a tipping point in global finance.

“The era of cash is drawing to an end and that of Central Bank digital currencies has begun. Money, banking, and finance are on the verge of transformation. Physical money is becoming a relic. The digital payment system is becoming the norm around the world. Banking is going to change as other forms of financial intermediation gain prominence. Much of the world’s population will gain access to at least basic financial services, improving lines and economic forecasts,” he writes.

Interestingly, several countries in the developing world are already pushing the envelope, especially in enabling financial inclusion and real-time payments. In fact, several of them are ahead of the developed countries like the United States in FinTech innovation. While M-Pesa in Kenya enables a mobiles-based money transfer, Unified Payments Interface (UPI) from India and the most recent launch of PIX, the real-time payments from Brazil, offer similar and efficient solutions. All of them are also forcing a shift in consumer behaviour, the death of the leather wallet as it were.

India’s UPI, for example, is capable of solving any denomination payment (including for one rupee) and a large volume of transactions. At the moment, UPI’s use is growing exponentially and averaging about 2-3 billion transactions a month — but this transactional efficiency can be scaled, if required, to 2 billion a day. In fact, in value terms, UPI was just shy of logging a record $1 trillion worth of transactions in 2021.

The proposed digital rupee to be issued by the RBI can instantly leverage the growing UPI platform to reach 200 million users — a difficult target for any country to match. This could popularise the use of CBDC and enable the Reserve Bank of India reach critical mass in quick time.

Addressing the seminar hosted by Brookings, Prasad framed this competition between

the CBDC and crypto currencies favourably. Something where the two systems may actually complement each other and creating a win-win for all.

“What is important in my view is really a new era of competition that could ultimately benefit both consumers and businesses, but it’s going to be in the form of digital payments of various sorts. And this is going to be good not just for consumers and businesses within economies, but cross-border payments where there are a lot of frictions that affect, say, economic migrants sending any money back home, exporters and importers. All of these barriers are going to become much less significant impediments to the flow of finance.”

Anil Padmanabhan is a journalist based in New Delhi