The on-demand transport space in Africa has evolved since San Francisco-based ride-hailing firm Uber first set up operations in South Africa in 2013, setting the stage for its foray across the continent while radically transforming the entire taxi industry.

Almost a decade later, Africa’s taxi industry is now dominated by tens of local and international tech-led ride-on-demand platforms, with the latest additions being global giants Didi Chuxing from China and Russia’s inDriver.

Looking to edge out its competitors, Chinese behemoth Didi is currently expanding across the continent, stepping up competition for market leaders Uber and Estonia-based Bolt. Evidence shows it is preparing to enter Nigeria, having begun operations in South Africa in March and Egypt just last month when the company posted a job opening for a driver center manager in Lagos – the same role it first advertised for when entering South Africa and Egypt.

A key indicator of the company’s imminent expansion into Nigeria was hidden within the lines of the driver center manager’s responsibilities – “to collaborate with operations and Didi’s team to support the successful launch.”

Didi did not respond to multiple TechCrunch requests for comment about its expansion plans in Africa. 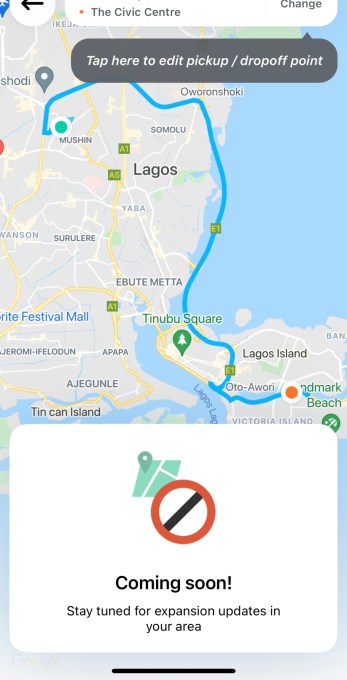 Screenshot of Didi’s app in Nigeria

Didi is one of the biggest ride-hailing services in the world. However, unlike global competitors Uber and Bolt, which years ago saw Africa as a key market in their quest for global dominance, the Chinese firm held off the continent until now.

Founded in 2012, Didi has around 600 million users across 17 countries in Africa, Asia, Latin America and Russia. The company also has over 15 million annual active drivers.

As Didi starts its incursion into Africa, Russia’s inDriver is firming up its presence across the same markets, where it recently started taking commissions from drivers.

Unlike other taxi-hailing apps that have a unilateral billing structure, inDriver allows riders to negotiate trip charges with drivers, making it popular among taxi users.

Taxi drivers in Kenya’s capital Nairobi using inDriver, which rolled out its services in Africa in 2018, have over the last few days received notifications from the company confirming the introduction of a 9.52% commission for every trip made. The commission is lower than Didi’s 13%, although both are much lower than Uber’s 25% and Bolt’s 20%.

InDriver inferred that it was introducing the charges due to the increased demand of the service, but it was keen to keep the commission lower than those of its competitors. The app was launched about three years ago across multiple markets in Africa including South Africa, Nigeria, Tanzania, Morocco and Botswana with the promise of a commission-free first year. The company is just now introducing commissions in some of these markets, although the deductions are already in effect in Nigeria and South Africa.

In a notification sent to drivers in Kenya, inDriver said that it “became a noticeable event in the passenger rides market in Nairobi. Many people use it daily and their number is increasing. This extensive work requires significant costs. To cover these costs, we introduce payments for each order in the amount of 9.52%. To keep inDriver still profitable for both passengers and drivers, the amount of payments is lower than in other services, where payments can range from 15% to 30% of each order.”

The new update comes as the company plans to grow in different markets, having already diversified into the courier business.

The company launched its delivery business in April last year, at the height of the pandemic, to tap the demand for parcel delivery services. Courier services enlisted on the app include auto, foot and moto, and are available in over 16 countries. The company is now introducing freight services in different markets around the world.

Founded in 2013 by Arsen Tomsky, inDriver is currently available in 34 countries and recently crossed the 100-million download mark.

As it joins Didi to step up competition in Africa, market pioneers Uber and Bolt are expanding their service range in cities across the continent.

Currently, Uber is rolling out Pool Chance, a feature that lets riders headed in the same direction share the cost of the journey, in Kenya, with plans to offer the low-cost service in Ghana and Nigeria. The company says that the rollout of budget services is part of its plan to attract price-sensitive users.

Across the continent, Uber has over the last few months expanded into new regions and introduced new products as part of its strategy to retain existing customers and attract new ones amid growing competition. Earlier this month, the firm entered two additional cities in Nigeria — Ibadan and Port Harcourt — bringing into the regions a service that is already available in three other cities. 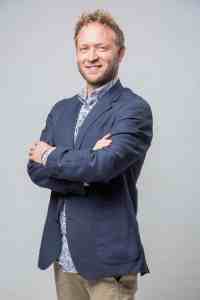 In South Africa, Uber is now available in 40 cities, serving 80% of the urban population, with premium services Uber Comfort, UberX and UberBlack and budget service UberGo. It recently expanded into 21 new cities and added a feature last August that allows the booking of trips a month in advance.

The company plans to continue investments into African cities through collaborations with national and local authorities.

“We know that we face significant competition across local transportation modes in Africa. These are vibrant and competitive with many viable alternatives, including ridesharing, personal cars and public transportation—which consumers can and do choose between,” Frans Hiemstra, the general manager for Uber Sub-Saharan Africa, told TechCrunch.

“We believe competition makes us better, which improves the service for our riders and earners alike,” he said.

Uber is still king in terms of combined market share in Africa; it claims to have about 150,000 drivers in its eight markets across the continent, while Bolt comes in second.

Like Uber, Bolt sees myriad opportunities in the continent.

“We see that there is room for several players across the continent. The infrastructure and experience we have built up with our ride-hailing business give us a good platform to expand and diversify our services,” said Bolt’s regional director for Africa and Middle East, Paddy Partridge.

For new players like Didi, it will be an entry to a market that dealt with drivers and partners demanding better working terms.

In Nigeria and Kenya, both Uber and Bolt faced a series of protests earlier this year as their drivers expressed displeasure with the ride-hailing companies’ decision to increase their commissions, despite burdening users with price surges. However, no notable changes have been made from either of the two companies in line with the demands of drivers.

Didi’s operations elsewhere have not been without drama. Before it went public on the NYSE this year – nine years after operating as a privately held startup and raising $25 billion from investors – the Alibaba, SoftBank and Apple-backed company faced scrutiny from the Chinese government and regulators. It was accused of employing anti-competitive practices and pricing and misusing users’ personal information.

Didi’s fallout with China is just one of the many struggles it dealt with this year. Trying to compensate for the troubles at home, the firm looked to enter the U.K. market, but the move was met with concerns from the British Parliament that China could harvest data from Brits using Didi’s service. However, it seems its entry into African markets has been smooth — and could explain why it wants to keep its operations quiet: to avoid scrutiny.