European stocks inched up to a record close on Friday, marking their best week since the middle of March on a run of strong quarterly earnings and as hopes of a broader rebound drove buying in economy-linked sectors.

The pan-regional STOXX 600 notched a fifth-straight record high to gain 1.8 percent for the week, ending it at 469.97 points. 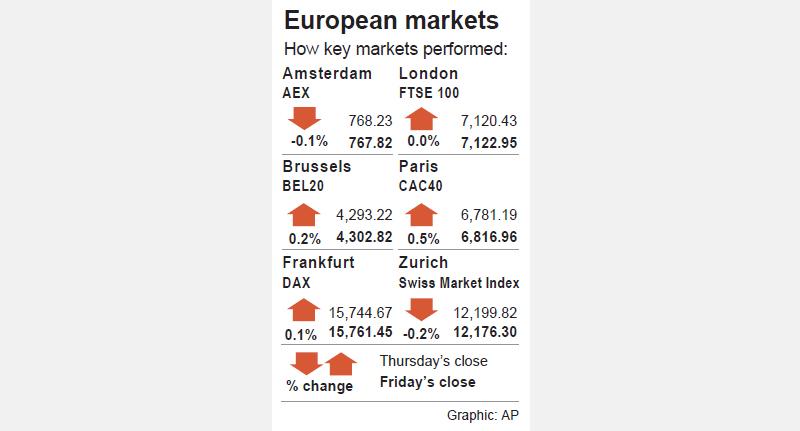 The sector also rose nearly 2 percent on Friday, outpacing its regional peers as German bond and US Treasury yields surged on the back of strong payrolls data in the US.

Energy stocks were among the top performers this week, advancing 3.6 percent as strong earnings and expectations of a rebound in economic activity this year drove buying.

“Recent positive business survey data has underlined our view that the trend toward global reopening and recovery remains on track. As a result, we expect cyclical parts of the market to outperform, including energy and financials,” UBS Group AG analysts wrote in a note.

Two-thirds of all STOXX 600 companies have reported so far, and 67 percent have topped profit estimates, according to Refinitiv IBES data.

That is far above the 51 percent beat-rate in a typical quarter.

However, data on Friday showed that German industrial output unexpectedly fell again last month, suggesting supply chain disruptions from the COVID-19 pandemic were likely to persist for the time being.

Among individual movers, Allianz Group, the continent’s largest insurer, rose 2.5 percent after it posted a better-than-expected jump in second-quarter net profit and provided a rosier outlook for the full year.

French IT consulting group Atos SE jumped 10.9 percent to the top of the STOXX 600 after a report said several private equity firms were looking at the company.

London Stock Exchange Group added 5 percent after it reported a 4.6 percent rise in revenue for the first half of this year.

Among notable decliners, German meal-kit delivery company HelloFresh SE fell 2.5 percent after it lowered its profitability forecast this year as a result of higher spending to tap into strong growth.