The outbreak of COVID-19 was an unprecedented exogenous shock, placing enormous pressure on all governments to increase spending on healthcare, social programs, and economic stimulus. We do not expect countries to be able to rein in this extraordinary spending quickly, particularly not EMs where virus outbreaks are still accelerating, and vaccine access remains challenging. However, EMs that entered 2020 with lower spending relative to their peers have more fiscal breathing room to postpone potentially difficult political trade-offs. While a country’s debt sustainability is of course a product of many different variables, we are specifically focusing on the spending side of the fiscal balance sheet.

Where was spending already stretched?

By calculating the average ratio of a country’s primary expenditure to GDP over 2017-19, we can assess whether a country was spending heavily relative to its peers before the onset of the pandemic. We use primary expenditure, a measure of all government spending excluding net interest payments, rather than total expenditure to remove debt servicing costs. Interest payments on sovereign debt are not easily adjusted, short of debt restructuring, so primary spending provides a more accurate picture of a country’s fungible expenditures.

We analysed this spending metric against each country’s debt-to-GDP at the end of 2020 to assess which countries are spending heavily against their existing debt stock. We then calculated the sample averages of our two variables to divide countries into four groups:

While the fiscally stretched category is the most densely populated among the IG sample, it is reassuring that four (Poland, Slovakia, Hungary, and Croatia) of the seven countries are European Union members. These EU EMs are all eligible for large grants sized at over 5 per cent of GDP and low-interest loans representing another 10 per cent of GDP through the Next Generation EU program. Thus, they have unique means of supporting and even bolstering their spending without adding significantly to their debt stock.

Additionally, oil-exporting countries appear to be outspending their IG peers and may experience more difficulty reining in expenditures over the short-term. However, with the exception of Qatar and Colombia, these oil exporters generally have lower debt levels.

Similar to the pattern seen in the IG sample, HY oil exporters – except for those located in sub-Saharan Africa – are generally high relative spenders as well.

It is encouraging that the HY fiscally conservative quadrant is well populated, with geographic distribution including Guatemala, Nigeria, Vietnam, and 11 other countries out of the 50 total HY EMs analyzed. In general, these countries have been more fiscally responsible than their peers, spending less relative to the size of their economies and their debt stocks. Thus, they may have an easier time maintaining higher pandemic-era spending in the coming years before fiscal and political pressures set in.

Lowering spending is often politically and practically complex, particularly in countries where the economic recovery has not yet fully materialised. However, many EMs have successfully cut expenditures over a fairly short period.

In some cases, such as Qatar, cuts were easier to enact due to the country’s strong fiscal position. In other cases, such as Egypt, the International Monetary Fund pushed for a reduction in expenditure. In cases such as Angola, cuts were due to a combination of domestic policies and bolstered by an IMF program. The majority of these countries are frontier markets and commodity exporters, but it is reassuring that significant expenditure cuts were possible across a range of countries in recent years.

By incorporating a framework for identifying those fiscally conservative countries that are best positioned to reduce their debt burdens into our country and security selection process, we can better target relative value opportunities across the EM investment universe. 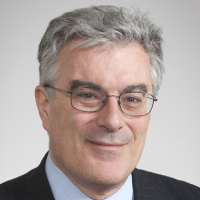