Hi, Digbijay here. Samidha and I recently sat down with the co-founder and chief executive of Delhivery (virtually, of course) for an exclusive interview, in which he shared details about the company’s upcoming IPO. Read on to find out more.

Also in this letter:

Delhivery’s IPO and why it matters 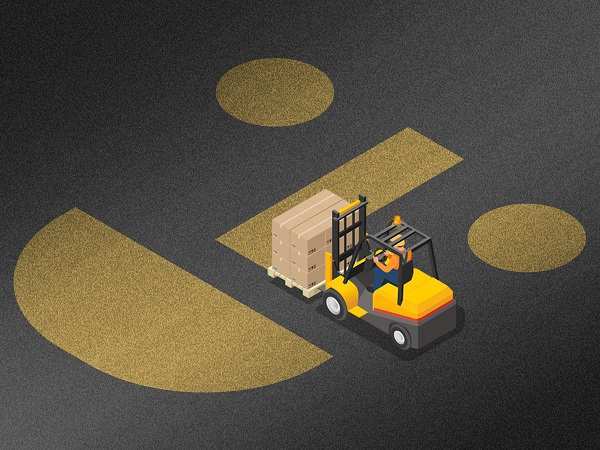 Last week, we snagged a rare interview with Delhivery CEO Sahil Barua, who is typically media shy and hard to pin down. Sandeep Barasia, the company’s managing director and chief business officer, also joined us for the chat, which took place soon after Delhivery raised $277 million from marquee investors such as Fidelity, GIC and others. The funding resulted in a 50% jump in valuation to $3 billion.

IPO details: While the company didn’t call its fundraise a ‘pre-IPO round’, Barua—who spoke to us from Goa—said it was set to go public in the next six to eight months and was looking to raise primary capital of $400-500 million. This is the first time the management has provided details of the company’s IPO plan, with specific timelines and potential size of the issue.

Delhivery is India’s largest supply-chain company by revenue—and here’s why that matters. The company clocked revenue of Rs 3,700 crore in FY21, surpassing market leader Blue Dart’s Rs 3,280 revenue during the same period. What’s interesting is BlueDart’s revenue growth has been minimal or flat in the past two years but Delhivery, a technology startup, has grown its revenue significantly year-on-year.

Delhivery is not yet profitable, while Blue Dart is in the black after clocking losses in FY20. But the growth story of new-age startups, such as Delhivery, might make public investors warm up to it.

Delhivery’s IPO will be critical not just for itself but other startups that are not business-to-consumer. Delhivery has also been refreshing its cap table, with frequent exits of its early investors. Importantly, the company is sitting on $550 million in cash and not burning money, said Barua.

Where will the IPO proceeds go? By Barua’s own admission, Delhivery hasn’t been aggressive enough on acquisitions in the past 10 years. But it wants to change that. While it has previously experienced valuation mismatch with target companies, Delhivery is hoping to find one with the right price tag. Mind you, these won’t be large deals—meaning in the $100-million range.

Barasia told us that the logistics startup is confident of growing at 50-55% annually. For that, it will double down on its established businesses such as e-commerce deliveries, and scale up its business-to-business (B2B) verticals in India and abroad.

We will let Zaheer take over now.

The most significant of these is that politicians on the platform will no longer be exempt from the company’s rules that prevent regular users from engaging in “harmful speech”. These changes come into effect immediately and apply to India as well, according to a Facebook spokesperson.

Cyber law experts said the move could have far-reaching repercussions for Facebook in India and may affect Facebook’s close relationship with the government.

The change: In its response to the Facebook Oversight Board’s recommendations in the case of former US president Donald Trump, the company said it would no longer treat content posted by politicians as “inherently” being of public interest or newsworthy.

What this means: Such posts will now be moderated like those of other users, though the company will provide a “newsworthiness exemption’ in ‘rare’ cases and will inform users about these instances.

The wording: “We are removing the presumption we announced in 2019 that speech from politicians is inherently of public interest…when we assess content for newsworthiness, we will not treat content posted by politicians any differently from content posted by anyone else. We will simply apply our newsworthiness balancing test to all content, measuring whether the public interest value of the content outweighs the potential risk of harm by leaving it up.”

“This move by Facebook was much-needed. Politicians’ speech should not be treated differently. We will have to see how this works out with the intermediary guidelines in place. While the newsworthiness exemption can be used, if the underlying content is illegal, it will have to be taken down or else the company will not get safe harbour exemption,” he said.

Apar Gupta, executive director of Internet Freedom Foundation, echoed this view, saying that Facebook has not enforced its policies in India the way it does in the US. “This has been demonstrated through exposés, which showed they wanted to avoid a business impact and ensure the safety of their staff as enforcement of their policies would lead to potential risks here,” he said.

TWEET OF THE DAYCapgemini prepares for next demand wave in India

French IT firm Capgemini SE is strategically building out its India team to serve the next wave of demand for skills in technologies like 5G and edge computing, said Ashwin Yardi, CEO of Capgemini in India.

Future-proof: As more multinational companies experiment and co-develop use cases surrounding both technologies, the company’s India unit intends to position itself increasingly as a hub for such projects and has also been skilling Indian executives in this direction.

In one quote: “Some of the biggest use cases of 5G will be on the shop floor of plants. More companies will start looking at these use cases, and it will be a sort of next wave of demand for skills in India,” Yardi said. “That’s why our whole focus is on 5G, edge (computing) and the artificial intelligence industry.”

Wipro’s Patricks are back on board 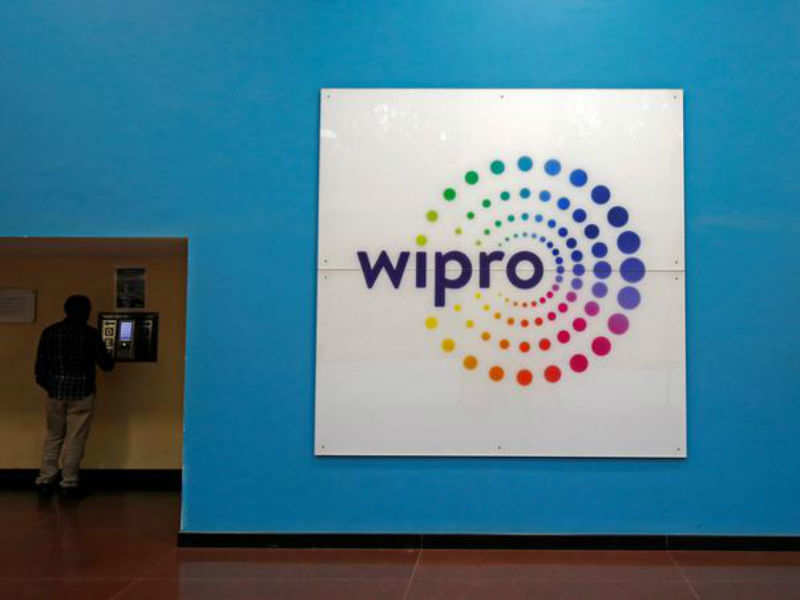 Shareholders of Wipro Ltd. have approved the reappointment of Patrick J Ennis and Patrick Dupuis as independent directors on the board of the company, days after a Mumbai-based proxy adviser raised questions on the approval process.

But who is the proxy adviser? Stakeholder Empowerment Services.

SES had raised questions over the reappointment procedure on the grounds that such an approval through special resolution needed to be done before the end of the previous term of the directors. Wipro’s company secretary responded in a strongly worded letter, asking SES to withdraw its voting recommendations.

“We are of the view that seeking shareholders’ approval…prior to expiry of the first term may be seen as a better governance practice, but in no way can be considered as non-compliance with the provisions of the Act or Sebi Listing Regulations.”

Also Read: Wipro, SES and the tale of the two Patricks

In a series of defamatory statements spread over 3 minutes and 47 seconds, the group accused the billionaire of “constantly trolling” cryptocurrency markets. The message came after Musk posted yet another cryptic tweet about Bitcoin that devalued the asset on Friday.

“Millions of retail investors were really counting on their crypto gains to improve their lives,” the figure in the video said. “Of course, they took the risk upon themselves when they invested, and everyone knows to be prepared for volatility in crypto, but your tweets this week show a clear disregard for the average working person.”

Musk did not address the thinly veiled threat directly, but about 20 minutes after the group’s post, Musk tweeted; “Don’t kill what you hate, Save what you love.”

India’s cryptocurrency industry has had a second wind since last year, when the Supreme Court lifted an RBI ban that prevented banks from completing crypto-related transactions.

But regulatory flip-flops continue to hamper the flight for crypto. The banking regulator is still wary, though the government has indicated a “calibrated approach” towards cryptocurrency, while acknowledging the potential of the underlying technology.

And then there’s the question of tax.

In this long-read, ET’s Anandi and Apoorva attempt to navigate the confusing mess that is India’s crypto ecosystem, and ascertain what the future holds.

Other Top Stories We Are Covering

IT’s new normal: India is in the middle of a devastating second Covid-19 wave. Last year, the biggest challenge IT companies faced was in transitioning employees to a remote work model. This time around, the focus has been on employee health and safety.

STPI’s ‘centres of excellence’: The Software Technology Parks of India (STPI) will set up 12 centres of excellence across the country to build products and solutions in areas such as healthtech, Internet of Things and SmartAgri as it looks to nurture small companies and startups to work on these solutions.

India’s tech village: Anand Mahindra and Nandan Nilekani have a new moniker for Bengaluru—TecHalli. A play on words technology and ‘halli’ (which means village or place in Kannada), Mahindra announced the name as a winner after running a competition on Twitter to find a suitable replacement for ‘Silicon Valley of India’ which he said was too ‘wannabe’.

Global Picks We Are Reading

■ Why AI should be afraid of us (NYT)

■ Elon Musk Is Pulling Bitcoin Where It Loathed to Go (Bloomberg)