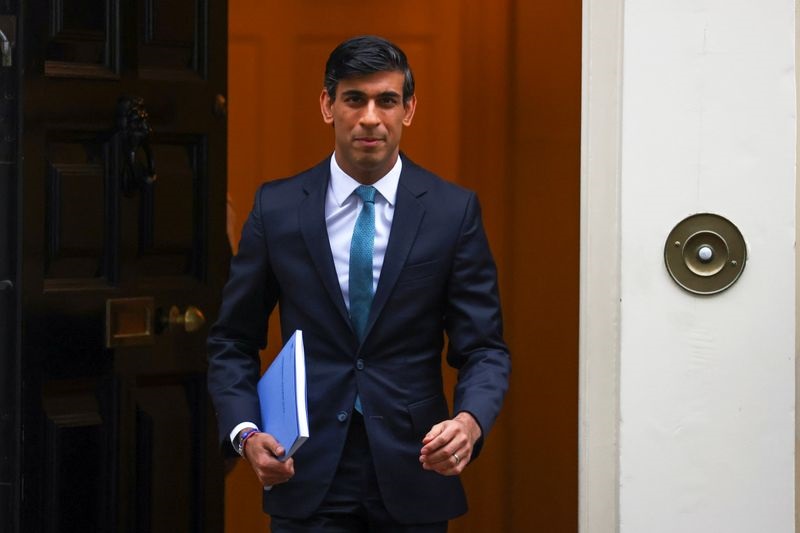 Investing.com – The ended the session lower, halting a run of four consecutive daily gains, as the UK Chancellor Rishi Sunak delivered the .

Pub names were the main beneficiaries from the budget with J D Wetherspoon PLC (LON:), Marston’s PLC (LON:), and Mitchells & Butlers (LON:) all near the top of the and rallying over 5%.

Sunak announced plans to halve business rates for companies in the hospitality and leisure sector, while also scrapping the planned increase in duty on spirits, wine, cider, and beer. Sunak also announced a 5% reduction in the tax on drinks served from pumps, such as beer and cider.

GBP edged lower after the budget despite the Office for Budget Responsibility (OBR) upping its forecasts for economic growth. With details of the budget now clear, the focus will turn to next week’s from the Bank of England. The CME’s BoEWatch tool assigns a 62% probability of a rate hike next week.

One central bank that is also looking decidedly hawkish is the . The central bank announced an end to its quantitative easing programme earlier than the market expected and brought its guidance for the first rate hike forward to the “middle quarters of 2022”.

CAD strengthened following the announcement with dropping to its lowest level since 21st October.

and futures were both trading lower following the latest inventory data from the Energy Information Administration. The EIA said by 4.267 million barrels in the latest week versus expectations of a build of 1.914 million barrels. However, there remained another drawdown of supplies at the hub in Oklahoma, with supply declining by the largest since January. Crude stocks at the hub are now at their lowest level since October 2018.

Bitcoin was in focus with the world’s largest cryptocurrency dropping back below $60,000 to its lowest level since October 15th. There appeared to be little fundamental news behind the move with the price action likely more of a technical correction after the all-time highs last week. Other major cryptocurrencies, including and , were nursing losses.

One crypto that bucked the trend was which climbed over 33% amid hopes that the coin will be added to Robinhood’s platform. A petition to get the coin added has received over 330,000 signatures and the Robinhood (NASDAQ:) CEO signalled that new coins could be added to the trading platform, when he spoke on the analyst call following earnings.

Disclaimer: Fusion Media would like to remind you that the data contained in this website is not necessarily real-time nor accurate. All CFDs (stocks, indexes, futures) and Forex prices are not provided by exchanges but rather by market makers, and so prices may not be accurate and may differ from the actual market price, meaning prices are indicative and not appropriate for trading purposes. Therefore Fusion Media doesn`t bear any responsibility for any trading losses you might incur as a result of using this data.

Fusion Media or anyone involved with Fusion Media will not accept any liability for loss or damage as a result of reliance on the information including data, quotes, charts and buy/sell signals contained within this website. Please be fully informed regarding the risks and costs associated with trading the financial markets, it is one of the riskiest investment forms possible.

More cases of the Omicron COVID-19 variant have been reported this week as the variant, first discovered in South...

Why Canada is unlocking its vault of maple syrup

Canada's maple syrup industry has become an international focus in recent days, with headlines shouting that the country has been forced...

Delta 9 Opens US Based Showroom for Grow Pod and Equipment

Market Pullback: Should You Bail on Energy Stocks?

Image source: Getty Images The S&P/TSX Composite Index was down a whopping 344 points in late-morning trading on November...