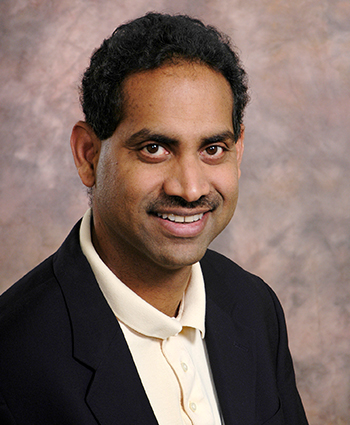 But the number of subscribers declined for the third quarter in a row, to 1.54mn, down 11,000 from the previous quarter.

The silver-lining was Latin America, which saw a 9,000-subscriber growth in the period, compared to a 20,000 drop in the US. Hughes has now close to 400,000 subscribers in Latin America.

Rising demand during the pandemic, however, also led to some satellite capacity constraints, namely in Brazil and Colombia, which the company claims to have under control. A new satellite due to enter orbit next year, covering the Americas, is also seen as a great help.

BNamericas: Hughes reported total revenue growth but a loss in subscribers in Q2, except, perhaps, for Latin America, where its base grew by over 9,000 subscriptions. How do you see the region performing looking ahead?

Ramaswamy: We are very bullish about Latin America. Americas-wide, (North America and Latin America), we own satellites; we provide the ground segment infrastructure and we operate offering a mix of services, such as consumer broadband and enterprise broadband.

We are also providing connectivity for government requirements and connectivity to telcos for applications such as cellular backhaul.

And finally, we provide community Wi-Fi services, through kiosks on a pay-as-you-go basis.

Obviously, the US is primarily a consumer and enterprise [market] and Latin America is all of these, by having key connectivity demands for unserved and underserved areas.

Now, what you saw in the earnings was a reflection of the fact that we had capacity constraints in the US. We have three satellites that we own and operate, Spaceway 3, Jupiter 1 and Jupiter 2, but they are capacity-constrained.

But we are eagerly waiting for our next-generation satellite, called Jupiter 3, which is going to launch mid to late next year, and which will bring a significant amount of capacity over the Americas, about 500Gbps.

That will give us not only significant continuity of growth in the US but also add more capacity in the Americas. We are hoping that we won’t hit the same capacity constraints in Latin America that were seen in the US much before the Jupiter 3 launch.

BNamericas: But it seems Hughes is already hitting some limits with certain satellite beams aimed at Latin America.

Ramaswamy: Yes. Well, usually when you have a satellite capacity over a country, certain areas see a surge in usage, maybe because they are underserved areas or because of socio-economic conditions that led people to signing up to this kind of service.

We see a spike in usage in certain beams. So that’s the part we are managing now. And obviously one hope is that people will go back to work and back to normal, in which case the usage patterns from homes will come down a little bit.

BNamericas: So the problem is excessive demand, which is actually good. But did Hughes underestimate the demand surge for satellite services?

Ramaswamy: We did not underestimate the demand for services. We knew that the demand was there. But in certain countries and certain beams, the usage per consumer was certainly higher during the pandemic than we anticipated.

It’s a good problem. Because we have care capacity. But if you’re not careful and if you sign up too many customers, capacity constraints will cost customers’ dissatisfaction. So you got to be careful. Our service quality is very important for us, so that’s the challenge.

BNamericas: Does this affect the community Wi-Fi services as well?

Ramaswamy: In community Wi-Fi, obviously usage is greater, but the program is pay-as-you-go, so whatever people might use it, you’re getting paid. The ARPU gets better.

While usage is going up, it also gives us more revenues. Only when you have a fixed price and at the same time people are using more, you really constrain.

BNamericas: Community Wi-Fi is a growth pillar and driver for Hughes in Latin America. Do you plan to expand it to other countries?

Ramaswamy: Yes, the service is being well-received. Brazil was the first one [where it launched], then Colombia, Peru, Chile, Mexico, Ecuador.

In Argentina, we are not directly in the services business, but we address those markets through our partners. We provide services as a wholesaler. The same in Costa Rica, Panama.

BNamericas: Hughes also provides satellite backhaul for wireless broadband. How do you see Hughes’ business fitting into the 5G ecosystem and how do you plan to capture growth there?

Ramaswamy: Hughes has been providing satellite backhauling solutions for cellular networks for many years. We started with 2G, 3G and then 4G backhauling.

Now, 5G as you know is still in its nascent form and certainly in Latin America is not that ready yet. The positive effect of 5G in Latin America for us is that, as 5G licenses are awarded, companies that kept the spectrum and the licenses are generally obligated to provide 4G services to rural areas.

The Brazilian auction, for example, is going to happen later, perhaps in October, and we are hoping that, as part of telcos that get the 5G spectrum, we can be their partner in providing backhaul solutions for the other [non-5G] obligations.

[Expanding 4G coverage tied to 5G licenses] is a good thing for a company like us, and I think that’s going to happen more in other countries in the region as 5G licenses are awarded.

Specifically, in the 5G ecosystem, we certainly look at the 700MHz spectrum for rural areas. If the satellite in the higher, millimeterWave bands will play a backhaul role is not clear yet. These bands are usually for very, very dense urban areas. So who knows what’s going to happen there.

In the massive machine-to-machine communications, the IoT, there will clearly be a role for satellite, not only as a direct-wise connection but also maybe as an aggregator for devices using satellite.

There are also some obvious opportunities for us in cloud edge computing, as contents will need to be pushed closer to the user.

BNamericas: For private networks, for example?

Ramaswamy: For example. But also edge computing necessities in general.

BNamericas: Players such as SpaceX have been entering the Latin American market, while services competition has intensified among the established ones. How are you dealing with this increasingly competitive landscape?

Ramaswamy: If there’s competition, it means there’s business. We are not in a business no one wants to come in. The fact that big players are entering the satellite broadband space, from SpaceX to OneWeb, Telesat, Amazon… tells you [that] you are in the right business.

You always have to respect competition. Hughes is very, very confident in the ability to continue to have market share not only because of our unique offering in the GEO [geostationary orbit] space, but with our technological development in the NGSO or LEO [low-Earth orbit] space.

The value propositions are that you use GEOs where you really need high capacity density and low-cost terminals and you use LEO when you need low latency with good coverage.

As you know, we are a small investor in OneWeb, which is launching a LEO constellation to be fully in operation and in service late next year, including in Latin America.

More importantly, we are the provider of all the gateway infrastructure for that constellation. We are delivering over 42 gateways globally in order for them to provide the service. We are also developing the terminal segment, the mobile segment.

So we are fully committed to developing our technological and eventually a service presence using LEO constellations. Our strategy is to combine GEO and LEO constellations to provide better services. And we think that really differentiates us compared to other offers out there.

We have over 400,000 subscribers just as consumers in Latin America right now.

And with a strong base like that, a strong customer base also for enterprise – with every telco in Latin America as a customer or partner of Hughes – when you put that all together, we feel very confident that we’ll continue to grow in the region.