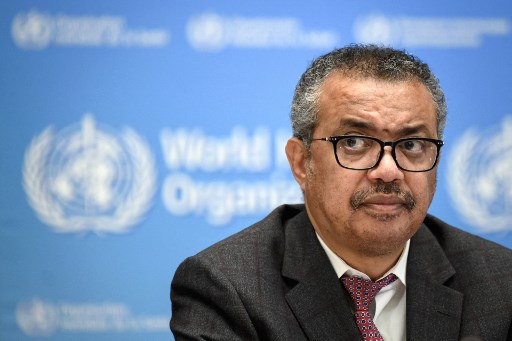 Latin American governments are taking measures against the new COVID-19 variant, as markets are already feeling the impacts.

The World Health Organization (WHO) has dubbed the new strain the Omicron variant.

“We have a new variant of some danger, and obviously the markets are reacting to this,” Luis Gonzalí, VP of investments at Franklin Templeton in Mexico, told BNamericas.

“We are very, very, very early to panic. The markets though, well, they got ahead of themselves,” said Gonzalí.

Markets are fearful of potential new restrictions and safety measures governments may impose, which could lead to another economic slowdown, he said.

But Gonzalí highlighted that information about the variant is still scarce. “I think we have a long way to go before you can say if it is going to be a variant of relevance that is going to have economic and/or financial effects.”

Current data comes mainly from South Africa and Botswana, countries with only about 20% vaccination rates and high levels of immunodeficiency-related diseases.

The WHO announced the designation as variant of concern following an emergency meeting in Geneva, adding that it could take a while to understand the impact of the B.1.1.529 variant.

Omicron has already been detected in Israel and Hong Kong, while European countries move to impose restrictions again.

But the UK and the US “have shifted a bit more towards an approach of ‘learning to live with the virus’” and may implement lighter restrictions, Capital Economics wrote in a note on Friday.

“Meanwhile, the arrival of B.1.1.529 in China would probably cause Beijing to double-down on its ‘zero COVID’ strategy,” the note said. Measures could include localized lockdowns, tighter travel restrictions and “a greater likelihood of port shutdowns.”

Additionally, “China has proved adept at managing outbreaks, but the long-run economic costs will mount if highly-transmissible strains are endemic globally.”

“Likewise, a new, more dangerous, virus wave could cause some workers to temporarily exit the workforce, and deter others from returning, making current labor shortages worse,” according to the note.

“We have to take care of ourselves, because a new, much more aggressive variant for which there’s no vaccine has appeared,” he said at a press conference.

“The new variant of the coronavirus raises the risk of implementing measures similar to those of the second quarter of 2020, with negative consequences for global economic activity,” said Banco BASE in a note.

Despite the mutation, “we’re standing in a different place than we were even a few months ago,” said Gonzalí.

“If it does turn out to be a relevant variant, then at least Mexico has come a long way in terms of vaccinations.”

He added the technological framework is in place to swiftly produce a vaccine against Omicron.

Argentine President Alberto Fernández said Friday that his government reached a deal with the International Monetary Fund to restructure a...

Smart Grid Sensor Market is set to increase at a healthy CAGR of 13% from 2022-2025: Persistence Market Research

Smart grids are next generation energy systems that reduce costs and energy consumption through data maintenance and usage. IoT-enabled smart...

France’s economy ended 2021 on a high, outstripping expectations with growth of 0.7 per cent in the final three months...

Malaysia Stock Market May Run Out Of Steam On Friday