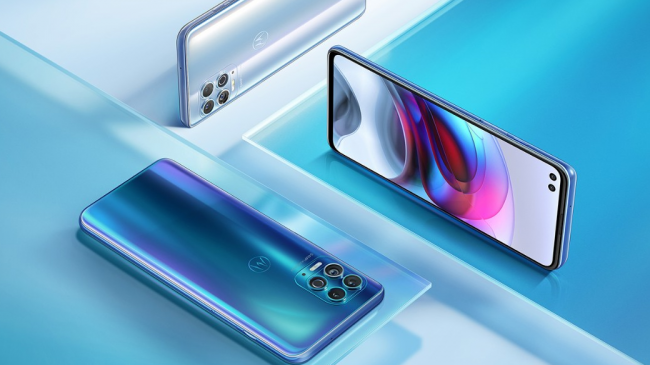 TechnikNews has disclosed a few crucial pieces of information about the forthcoming Motorola edge phones codenamed Berlin, Berlin NA, Pstar, and Kyoto in recent weeks. Earlier this week, renowned source Evan Blass claimed that the Kyoto phone will be known as the Motorola Edge 20 Lite when it hits the market.

As a result, the Berlin, Berlin, and Pstar are thought to be Edge 20 series. All of the essential specs of the rumored Edge 20 range have been disclosed in a new leak by Blass.

The front cameras on both smartphones are 32 megapixels. A 108-megapixel main camera, an 8-megapixel wide-angle/macro camera, and a 2-megapixel depth sensor make up the Berlin NA’s rear camera system.

The Berlin includes a triple camera system with a 108-megapixel main camera, a 16-megapixel wide-angle/macro camera, and an 8-megapixel telephoto lens (3x zoom). The battery in the Berlin NA is 5,000mAh, whereas the worldwide edition has a 4,000mAh battery.

Both phones use the Android 11 operating system and a mono speaker. The worldwide edition will come in Emerald, Stout, and White hues and will have a Google Assistant button.

Asia, Europe, Australia, Latin America, and India are among the destinations for the Pstar (also known as Sierra codename). It boasts a 6.67-inch centered punch-hole display with a 120Hz refresh rate and a Full HD+ resolution of 1080 x 2400 pixels. The Snapdragon 870 processor has 6 GB, 8 GB, and 12 GB of RAM. It will be available in storage capacities of 128 GB and 256 GB.

A 108-megapixel primary camera, a 16-megapixel wide-angle/macro camera, and an 8-megapixel telephoto snapper with 5x optical zoom make up the phone’s back camera system.

A 4,500mAh battery, Android 11 OS, mono speaker, display output, Google Assistant button, and an under-display fingerprint reader are among the phone’s other features. It will be available in three different colors: black, white, and blue.

The Kyoto model is aimed at global and Indian markets. It also has a centered punch-hole with a resolution of 1080 x 2400 pixels and a refresh rate of 90Hz. The phone’s RAM is 6 GB / 8 GB on the Dimensity 720. It will have a 128 GB native storage capacity.

As stated at the outset of this article, the Kyoto model is likely to be released as the Motorola Edge 20 Lite. As a result, it looks that the Berlin/Berlin NA and Pstar will be marketed as the Edge 20+.

There is currently no indication on when the Edge 20 lineup will be released. Aside from these phones, Motorola is likely to release the Moto G50 5G and Moto G60S.