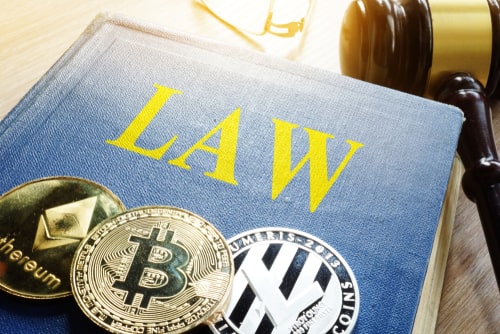 (Kitco News) Do cryptocurrencies lack regulation, and what kind of oversight would work best for this new and complex digital space? These were the topics debated at a lively hearing on crypto, which the House Committee on Financial Services held.

Titled “America on ‘FIRE’: Will the Crypto Frenzy Lead to Financial Independence and Early Retirement or Financial Ruin?’, the hearing witnessed a number of financial experts speak out about the potential pitfalls when it comes to trading cryptocurrencies in the U.S.

“It is very difficult to determine how a particular digital asset should be characterized, from a regulatory perspective, if it’s not bitcoin or ethereum. As a first step, we must look to the underlying features of the token, including any issuances of the token, to determine if the token is a commodity, a security, neither or both,” said Parker noted. “Ultimately, the determination of whether a digital asset constitutes a commodity or security is a fact-intensive inquiry that must be conducted on a case-by-case basis.”

Things are much simpler when dealing with just bitcoin and ethereum — the two most popular cryptocurrencies.

“Bitcoin and ethereum are commodities, but many crypto assets meet the flexible definition of an ‘investment contract,’ a type of security, which means their issuance and their trading are regulated by the SEC,” explained Peter Van Valkenburgh, director of research at Coin Center.

Bitcoin is the world’s first digital commodity, Van Valkenburgh pointed out when answering a question about U.S. investors flocking to bitcoin as a hedge against inflation.

“The intuition here is fairly straightforward. Bitcoin … functions rather like gold. Except it’s gold that you can send peer-to-peer over the internet. Now, as to the wisdom of any particular investment in a portfolio. I think most people agree that diversity is how we can achieve greater financial stability for ourselves and for our major institutions,” he said. “As part of a diversified portfolio, one might be interested in owning some bitcoin along with some gold, along with some stocks, American industries, overseas industries, in order to achieve some balance and a hedge against the risk of inflation should we see it being pronounced”

In another similarity to gold, the federal government did not have to step in and prop up the crypto market during previous volatility spells, Van Valkenburgh added.

“By definition, cryptocurrencies are unbacked. We’ve heard some members questioned whether that’s wise. But it is something that’s not backed and doesn’t have promises associated with it. And so there aren’t promises to be disappointed and someone to be bailed out. In that case, it’s like gold. How would you bail out the price of gold?” he asked.

One of the major issues brought up was the presence of hedge funds in the crypto space. The problem with hedge funds getting involved in crypto is they can bet in any direction and use leverage, warned Alexis Goldstein, director of financial policy at Open Markets Institute.

What happens if a large number of hedge funds happen to be in a similar crypto position and there is massive volatility in the market, Goldstein asked.

“There are lots of cryptocurrency exchanges that allow people to use insane amounts of leverage — a hundred times to one. And hedge funds are the perfect clients to use those sorts of leverage,” she said. “So what happens if a huge number of hedge funds, which have prime broker relationships with too big to fail banks, all happen to be in similar crypto positions, and there’s massive volatility. They may have to sell some of their other assets. It may lead to margin calls in their non-crypto assets.”

Making things more complicated is that regulators are in the dark when it comes to private funds’ cryptocurrency positions as there is no formalized way to know how much hedge funds are in crypto, Goldstein added, noting that this creates a systemic risk.

Finance experts stressed the need for new regulators in the crypto space, highlighting confusion and lack of oversight. Many pointed to the Commodity Futures Trading Commission (“CFTC”), Securities and Exchange Commission (SEC), and the Financial Stability Oversight Council (FSOC) as the regulatory authorities that could be charged with regulating the digital space.

“There is not a unitary regulatory agency that has authority over digital assets, such as cryptocurrencies. The current regulatory regime in the U.S. includes both federal and state regulators, depending on the characteristic of the digital asset,” said Parker.

This lack of regulatory clarity harms the retail investor as well as creates confusion when new products are brought to market, the finance expert added.

“The first crypto asset to be made available for trading was bitcoin, as a commodity under the jurisdiction of the CFTC … The CFTC has limited anti-fraud and anti-manipulation authority over spot and forward trades, but does not otherwise regulate these markets or market participants,” Parker said. “The traditional market regulators do not have clear oversight into the predominantly-retail centralized and decentralized cryptocurrency exchanges. These exchanges may seem regulated securities or derivatives markets to the typical retail investor, however, because the cryptocurrencies trading on them are commodities (until determined to be securities on a case by case basis by the SEC or a court), neither the CFTC nor SEC (or any other regulator) has authority to impose rules such as registration, reporting, and record-keeping on these spot exchanges.”

On the other side of the aisle was Peter Van Valkenburgh, director of research at Coin Center, who argued that new regulations are not required because everything already exists and it covers enough needed ground.

“The places where people buy and sell bitcoins for dollars and safe-keep them are heavily regulated. Before offering any services to Americans, they must prove minimum capital requirements, post bonds, and open their doors to yearly examinations. They are also classified as Financial Institutions under the Bank Secrecy Act 9: they must register with FinCEN, know their customers, and share the details of suspicious activity with law enforcement,” Van Valkenburgh stated.

He clarified: “Cryptocurrency derivatives are regulated by the CFTC. Finally, anyone who markets a cryptocurrency service or tool that is deceptively advertised or fraudulent is liable under various laws enforced by the CFPB, the FTC, the SEC, the CFTC, and state attorneys general.”

There were a lot of questions surrounding stable coins and lack of regulation around that, with Goldstein noting that the Central Bank Digital Currency (CBDC) is one of the solutions to the risks involved with stable coins.

When talking about CBDCs in general, Sarah Hammer, managing director at Stevens Center for Innovation in Finance at the Wharton School of the University of Pennsylvania, said that the biggest risk would be around privacy.

China has made adoption of electric vehicles a cornerstone of decarbonizing its transport sector. Despite headwinds such as removal of...

Why Are The Prices Of Agri Commodities Falling? Watch This Video For Details

zeenews.india.com understands that your privacy is important to you and we are committed for being transparent about the technologies we...

The global drilling fluids market was estimated to be at