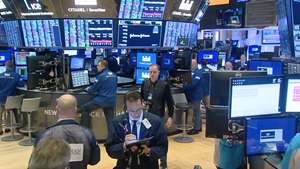 (Bloomberg) –Oil slumped as a rising dollar pushed financial investors, who had piled into commodities to guard against inflation, toward the exits for other sectors.

Futures in New York fell as much as 3.3% on Thursday. Oil was under pressure as the strengthening U.S. dollar reduced the appeal of commodities priced in the currency a day after the Federal Reserve signaled its ultra-easy monetary policy will soon come to an end. Meanwhile, Iranian remarks suggesting a nuclear deal is close to being revived sparked concerns about a potential flood of crude exports from the Islamic Republic.

“Everything commodity-related is down big,” said John Kilduff, a partner at Again Capital LLC. “This is a liquidation that had been building up for weeks.”

Still, oil as a hedge against inflation has lost its shine after the Fed announcement, prompting some investors to rotate into growth-oriented stocks.

“Dollar strength and lower-inflation expectations and a general reduction in risk appetite has for now reduced investment appetite in crude oil,” said Ole Hansen, head of commodities strategy at Saxo Bank. “The oil market is not only driven by fundamentals which are currently supportive, but also financial investors buying oil for other reasons, such as momentum, inflation hedge and dollar plays.”

The prospect of more Iranian crude in the oil market will weigh on investors in the short term along with the rising dollar, according to Ed Moya, senior market analyst at Oanda Corp. “You have two big events that are likely big headwinds on oil.”