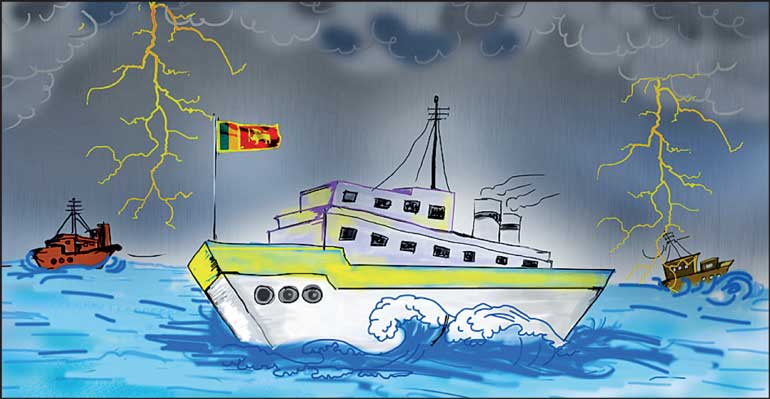 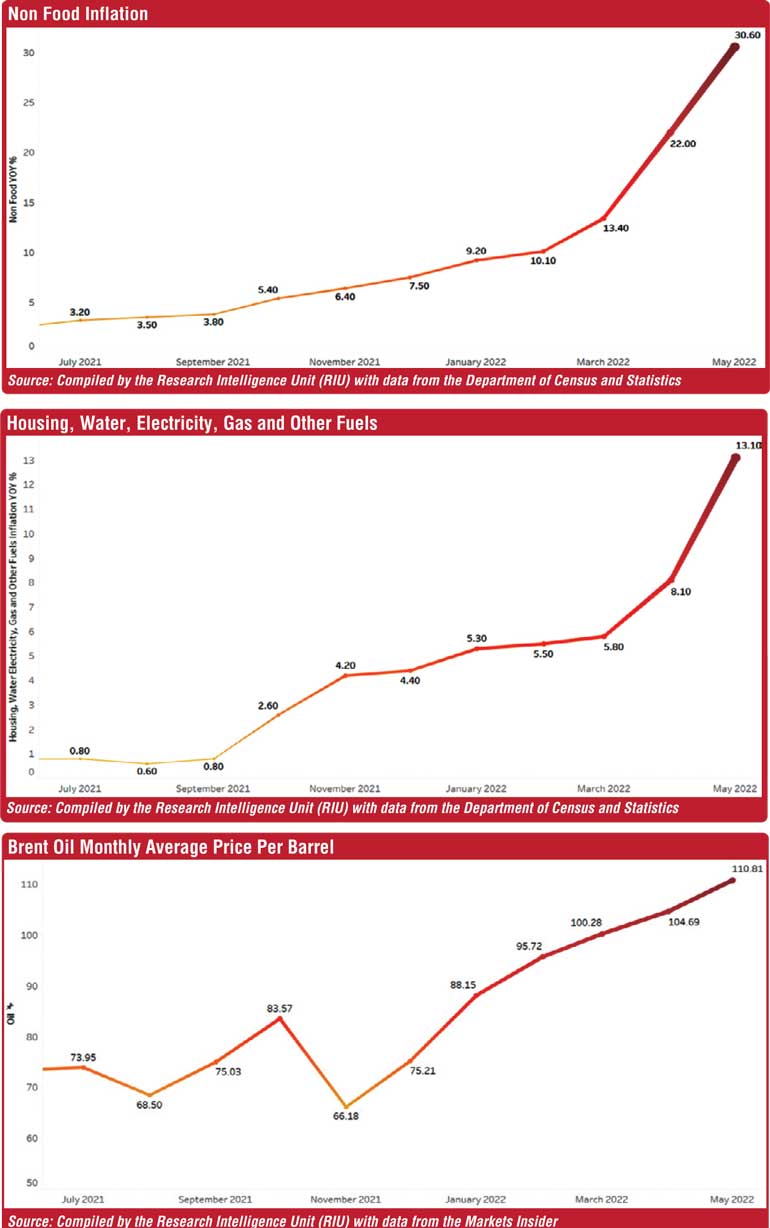 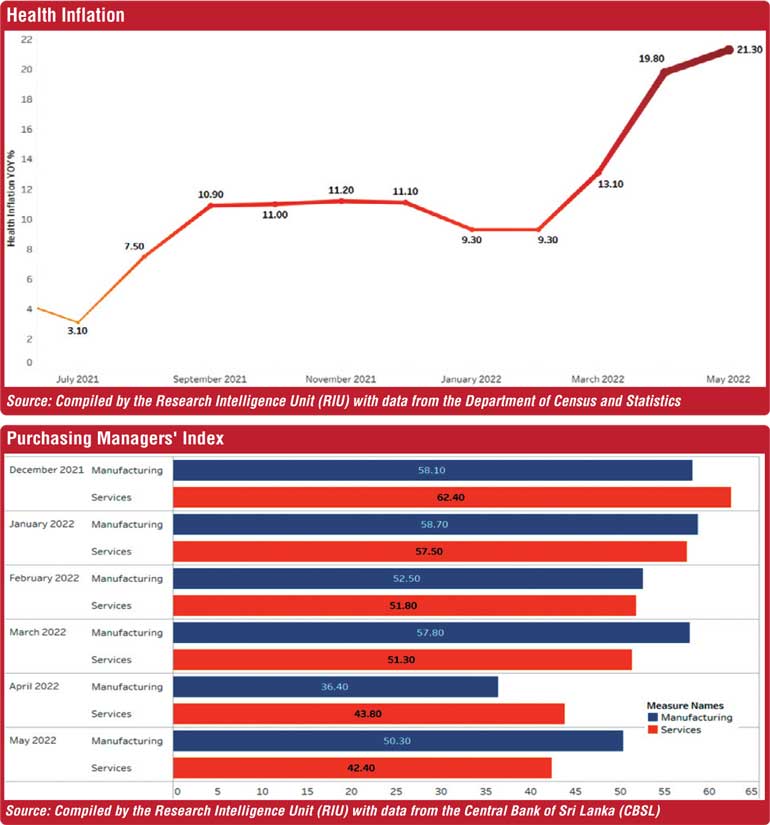 By The Research Intelligence


The plight of Sri Lanka’s island economy has been the subject of international news in recent months. Frequently described as the ‘canary in the mine’ the $ 81 billion economy is said to be the first emerging economy to suffer the multifarious impacts of COVID lockdowns and consequential supply chain disruptions, fall-outs from the conflict between Russia and Ukraine that severely impacted oil and wheat prices, exports and tourism.

The reasons why Sri Lankan was the first to fall can be described as a combination of short-term blunders and long-term structural imbalances. Essentially, the canary was already sick from deeply inept economic (mis)management and leakages (corruption). However, it is becoming increasingly clear that a number of vulnerable countries from Asia, Africa and Latin America are now starting to feel the same pressure that is pushing them towards sovereign debt default arising from currency devaluation, lack of dollars to pay for imports, spiralling inflation and a resulting shortage of essentials including food, fuel, power and medicines.

According to the latest Central Bank of Sri Lanka report, the economy is projected to grow by 1% in 2022, a far cry from the 5% precited last year by the outgoing governor. The new governor has taken a much more conservative stance, raising rates in an attempt to stabilise the currency and noting that IMF support for restructuring the sovereign debt will result in a medium-term growth trajectory. The Asian Development Bank (ADB) had earlier forecast a GDP growth rate of 2.4% for 2022 but few would be surprised if this gets revised downwards.


Inflation and currency devaluation have been two of the devastating facets of the economic crises in 2022. With the Central Bank unable to defend the rupee due to low international reserves, the LKR has plunged some 43% against the USD during 2022 (up to 12 May). In the meantime, food inflation has currently risen to 57.4%, transport inflation to 91.5%, health inflation to 21.3% and the overall CCPI is currently at 39.1%.

The conflict in Ukraine along with the resulting economic sanctions on Russia have hit specially hard on Sri Lanka given that these two European countries are vital sources of tourists while Russia is also an important export destination for Sri Lankan exporters, including tea. The other main impact, which is the rise in international oil prices, continues to have a significant impact on the global economy as a whole.

The crisis, which many commentators and international investors saw coming, inevitably forced the country to default on its sovereign debt payments for the first time in Sri Lanka’s long history. The forced resignation of the Prime Minister, Finance Minister and several other figures paved the way for a new interim government tasked with keeping bail-out talks with the IMF on track. The prevailing conditions have challenged many businesses and not surprisingly we have witnessed the manufacturing PMI dropped by 21.4 points in April.


In the midst of the macro-economic fall-out that is currently impacting every single sector in Sri Lanka’s economy, the Research Intelligence Unit (RIU), decided to hold a high-level, open the public focus group discussion on the topic of ‘navigating the storm’ from the construction and real estate industry perspective. The focus group discussion was hosted online and broadcast live to an audience of several hundred attendees.

Whilst this industry continues to be undeterred from a demand-side perspective, with many investors finding refuge in real estate during difficult times, the supply side of the industry has felt the impact of the current crises in multiple ways. For starters, it was noted that construction inflation is currently estimated at 200% and this is for materials that are available. For the most part, much of what is needed by the contractors cannot be sourced due to the import restrictions.

It was noted that the situation with the supply of labour at all levels is rapidly becoming a concern as outward migration gathers pace. The perennial ‘brain drain’ phenomenon is evidently back and having a negative impact on all industries, including construction and real estate. According to the government data, 288,645 passports have been issued in the first five months of 2022 compared with 91,331 in the same period last year.

Nevertheless, the industry leaders remained resolute and firm in their belief that the island nation will bounce back strongly from the current crisis. It was noted that the current situation can lead to collaboration between local and international developers to circumvent the issue of not being able to import construction materials. It was noted that the economic crises and recovery in Thailand in the early 2000s was characterised by joint ventures (JVs) between local and international companies that helped Thailand bounce back more strongly than ever within a few years.

It was also noted that as a short-term measure, wherever possible, contractors should pursue and promote a circular economy concept to partly offset the lack of materials. This means looking at ways to re-use and re-cycle materials. The idea of transferring under-utilised government buildings and property is also an option that can help to transfer real estate into productive and commercial use during these times.

Whilst there are very serious challenges for commercial buildings at present, including the lack of fuel for generators, the currency devaluation has made local lease rates very competitive in the regions for MNCs and large organisations. A switch to renewable energy is also something that developers are looking at.

A fundamental message from the gathering was a call to address the root causes of the problem that the island is facing now. The current political movement is unprecedented in Sri Lanka and is a good sign that the future will have cleaner and more responsible leaders. A cultural shift is needed and it appears to be taking place. Economically, the nation needs to remain resilient in the short term.

An important point that emerged during the discussion was that there have been lots of public sector projects that have been completed without any proper feasibility studies and they have proved to be ‘white elephants’ that the public have had to pay for. In fact the people as still paying. This is part of the reason why the government is now bankrupt and the people suffering. It is only the corrupt parties involved in these deals that benefit. Moving forward, it should be ensured that the public sector conducts independent and impartial feasibility studies before undertaking any project using taxpayers’ money and every government agency should adhere strictly to the procurement guidelines and other regulations that exist.

Overall, it was agreed that this was the right time to develop a new vision for Sri Lanka. For example, the island is a perfect location to attract international students for higher education. Devaluation has made it attractive for diaspora and foreigners to now invest in that dream property on the beach or hills. It was concluded that there is a post-pandemic ‘new way’ of doing things and new opportunities will come Sri Lanka’s way.

In the meantime, whilst Sri Lanka continues the short-term struggle to stay afloat in the stormy waters, the job of electing a clean and qualified captain and crew will be the ultimate decider on the final destination of the ship.

The real estate industry, and the people employed in it, build and maintain communities driving domestic growth. Naturally, employers in...

Lumber prices jumped as much as 9% on Tuesday, extending its two-day rally to about 18%.The price reversal in the...

Could This Real Estate Partnership Save Zillow?

Zillow (Z 4.64%) (ZG 4.31%), the largest online real estate listing platform, has been absolutely crushed this past year. After...

A former high-flying real estate agent will remain behind bars after he allegedly stabbed the wife of his best friend...