Riding the commodities boom | The Star

THE commodity market is experiencing a major boom thanks to the massive stimulus by the world’s major economies.

Prices of crude palm oil (CPO), agriculture products, and metals such as aluminium, steel and copper have recorded spectacular performance over recent months – a development that is seeing some listed companies enjoying bumper profits, while others face a margin squeeze as they spend more on raw materials.

One obvious beneficiary of the commodity boom is the plantation sector.

CPO prices have been rallying over recent months and have remained high above the RM4, 000 per metric tonne (mt) level as compared to RM2, 022/mt a year ago.

This is the result of the tight supply situation and strong demand in some key importing countries. The widening palm oil price discount against soybean oil, sunflower oil and rapeseed oil have helped boost demand for palm oil as it offers a cheaper option against other competing key edible oils, say analysts.

MIDF Research in its recent earnings review for the quarter ended March 31 notes that most plantation companies under its coverage “experienced a stronger quarter in view of the favourable CPO price in the first quarter of 2021 (Q1CY21), which improved margin”. With a RM1bil war-chest earmarked for investments, IOI is also said to be hunting for potential mergers and acquisitions, with preference for brownfield upstream plantation assets.(File pic shows an IOI palm oil plantation)

That said, not all players fully benefit from the CPO price gains. Upstream players with exposure to Indonesian plantations were dragged by the wide price discount due to the unfavourable CPO export duties. One other factor, reckons PublicInvest Research is that some CPO sales were locked in at low CPO price levels.

Nevertheless, the research firm expects a strong catch-up in the subsequent quarters given the current strong CPO price momentum.

Due to Covid-19, plantation companies have been feeling the pinch from a shortage of labour, resulting in weaker fresh fruit bunches (FFB) production growth in the first quarter. However, analysts expect production to recover in the second half of the year, but could come below potential, given the sector’s reliance on foreign workers.Among plantation companies, Kuala Lumpur Kepong Bhd

(KLK) saw its net profit for the second quarter ended March 31 surged nearly 18 times to RM490.44mil. Notably, profits for its plantation segment rose 90.8% to RM277.94mil in that quarter on better CPO and palm kernel (PK) prices.

Riding on this momentum and with a sizable cash pile, KLK is buying IJM Corp Bhd

The deal, which will trigger a mandatory general offer for the rest of the shares KLK does not own in IJMP, has operational synergies and will contribute at least 10% to the palm oil group’s FY22-23 earnings, say analysts.Analysts are also expecting a strong finish for IOI Corp Bhd

in FY21, backed by higher CPO prices and production recovery.

Its oil palm plantation segment generated a profit of RM185.9mil in Q3FY21, up 12% year-on-year amid higher CPO and PK prices, but partly offset by lower FFB production. Nine-month net profit, meanwhile, came in at RM1.03bil. With a RM1bil war-chest earmarked for investments, IOI is also said to be hunting for potential mergers and acquisitions, with preference for brownfield upstream plantation assets.

One other issue that has put plantation players in the spotlight are concerns over the environmental, social and governance (ESG) impact due to pressure from the non-governmental organisations. This explains the low investor interest, especially foreign funds, which have been gradually shifting away from stocks seen to have weaker ESG practices despite the CPO price rally, says one analyst.

In the coming months, analysts expect prices to remain firm, but trade to as low as RM3, 000 – RM3, 200, which still positive versus last year’s low. The main concern remains on the labour shortage, which would affect productivity, say analysts.

Aluminium Holdings Bhd.Shares of the manufacturer of extruded aluminum and other aluminum products have gone up by about 20% year-to-date after an 80% rise in 2020, driven by an aluminium price rally, which some think could persist as supply still trails the robust demand from the reopening of economies.In the three months ended March 31, 2021, Press Metal had doubled its net profit to RM205.7mil as global aluminium price rose to US$2, 400 (RM9, 889) per tonne.

With new capacity from phase three of its Samalaju smelting plant slated for full commissioning next month, analysts see strong earnings growth in the next two years. 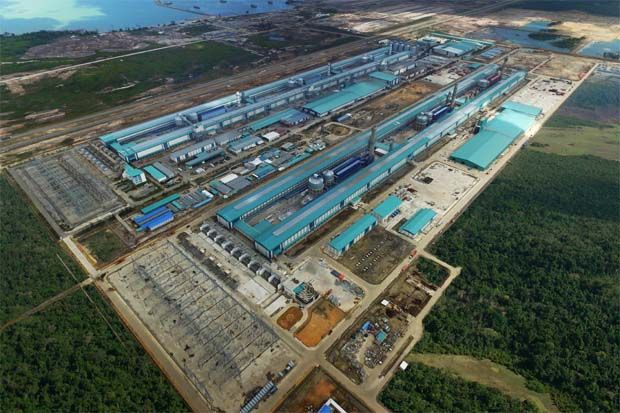 With new capacity from phase three of its Samalaju smelting plant slated for full commissioning next month, analysts see strong earnings growth in the next two years.

, meanwhile, tripled to RM14.88mil for the third quarter ended Jan 31, 2021. The better performance was due to an increase in sales volume and better margins from the aluminium segment, coupled with higher profit contribution from the associate.

However, LB Aluminium, which is involved in the manufacturing and trading of aluminium extrusions, had cautioned of possible thinner margins and increase in production cost due to the spike in aluminium prices.

To safeguard margins, the company said it “will increase its selling prices whenever necessary, and at the same time improve efficiency and reduce operational costs”.

as a beneficiary from potentially securing more orders from the US market due to trade diversion.

“We believe the global steel price in the second half of the year is likely to remain on the high side. On the domestic front, we expect the average steel bar price to be supported at above RM2, 400/mt, backed by existing demand from the construction and property players and the less intense price competition in Malaysia, ” TA Research says in a recent report themed “Commodity Plays”.

as the group is expected to be a beneficiary of the strong flat steel prices.

, being the largest public-listed steel company and one of the lowest cost producers also stands to benefit from strong steel prices.

as potential winners based on their growth prospects and valuations.

It notes that Cahya Mata’s 25% associate, OM Sarawak (OMS) is on the recovery path amid stronger ferrosilicon (FeSi) and manganese alloy prices due to the commodities super-cycle and robust structural demand for steel, especially from China.

OMS, says UOBKH, has significant advantage over its global peers being the fourth largest FeSi producer in the world.

As for MSC, which is the world’s third largest smelter in tin concentrates, it could benefit from the rise in tin prices and improved margins due to the group’s new smelting plant.

“The strong tin price will continue to be supported by the growth of semiconductors, automobile and electronics industries, coupled with constrained production in key tin-producing countries, ” the research firm envisages.

JAG, an electronic-waste management company stands to benefit from the rising copper prices and the booming electrical and electronics sector, says UOBKH.

The company recently posted a record-high Q4FY20 profit on higher metal prices, and is optimistic on its 2021 outlook on the back of the continued uptrend in metal prices, adds the research firm.

On the other hand, industrial and food and beverage (F&B) companies are most susceptible to changes in commodity prices.

For example, the sharp rise in raw materials like steel, copper and aluminium have resulted in a spike in solar panel prices, which may affect demand and delay some large-scale solar projects around the world.

“As such, it is crucial for investors to identify companies that can better shield against margin compression in the high commodity cost environment while benefitting from the anticipated demand recovery (post Covid-19), ” it adds.

Post a tumultuous 2020, it foresees a year-on-year improvement in consumer sector earnings, corresponding to the vaccination roll-out, a less restrictive

control order and stronger consumer spending. The improved volume and demand could then potentially offset the cost pressure and result in earnings growth from 2020’s low base.

“Thereafter in 2022 when prices of commodities normalise owing to improved crop production, companies in the consumer sector are likely to be relieved from cost-push pressure and hence mark another year of earnings growth.

“Nevertheless, we do acknowledge the recovery in some sub-sectors could be protracted due to unfavourable movement control measures that are still in place and temporal shift of consumption and purchasing pattern, ” it says.