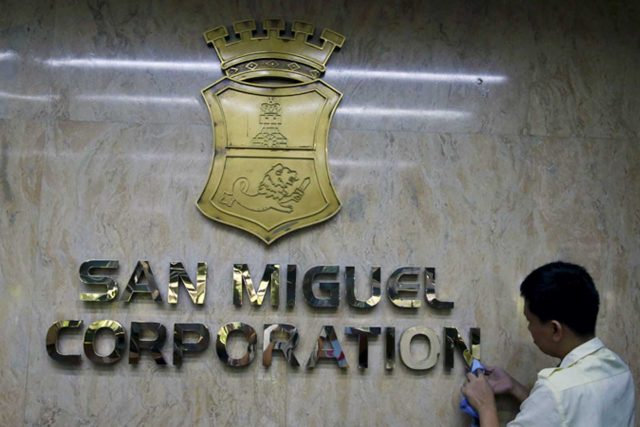 THE Securities and Exchange Commission (SEC) has given its nod on San Miguel Corp.’s (SMC) offering of up P50-billion fixed-rate bonds in one or more tranches over a three-year period.

For the first tranche, the firm plans to offer P20-billion worth of six-year fixed-rate bonds due 2027, with an oversubscription option of up to P10 billion.

SMC hopes to net P19.74 billion from the base offer, with an additional P9.88 billion if shares are oversubscribed.

“Proceeds will be used to re-dominate existing dollar-denominated obligations of SMC,” the regulator said.

SMC plans to offer the bonds at face value, and will list and trade them on the Philippine Dealing & Exchange Corp.

PETRON TO PLANT 50,000 SEEDLINGS
Separately, SMC said its subsidiary Petron Corp. is looking to plant at least 50,000 seedlings in the Sarangani Bay protected seascape over 10 years and regularly clean up the area in a bid to rehabilitate the site.

SMC said in an e-mailed statement that Petron’s proposed projects for the Sarangani Bay’s seascape include the rehabilitation of coral reefs, sustained shoreline clean-up activities along the bay, and the regular cleanup initiatives in Changco Creek.

The Sarangani Bay protected seascape, which is under the National Integrated Protected Areas System, is made up of Sarangani Bay and a portion of the municipal waters of Maitum, Kiamba, and Maasim.

SMC President Ramon S. Ang said the company remains committed in pursuing its environmental programs despite the limitations brought about by the pandemic.

Some of the listed firm’s other environmental programs are its P1-billion Tullahan River clean-up, and the P2-billion Pasig River rehabilitation project.

“The longevity and success of these programs are a testament to their soundness and the importance of promoting environmental stewardship. This also emphasizes our culture of ‘malasakit’ (concern) as shown by the dedication of our employees to see these projects through,” Mr. Ang said.