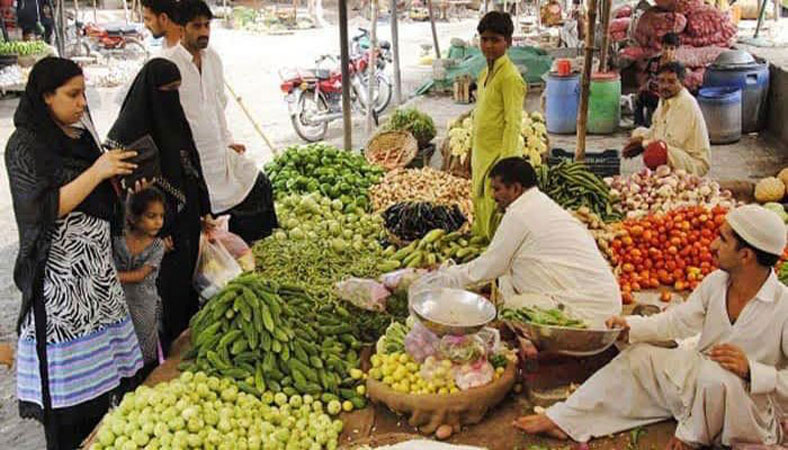 Amid the looming surge in Delta variant of Covid-19 cases in the ongoing fourth wave in Karachi and the Sindh government’s imposition of lockdown from July 31 to August 8, people have gone wild about purchasing groceries and other commodities.

The government has strictly issued instructions to cease the unnecessary movement of people during the lockdown.

Following the lockdown, coupled with the recent rise in prices of oil products, an upward trend was witnessed in the prices of essential commodities.

The prices of essential food items including fruits, vegetables, cooking oil/ghee, sugar, flour, and others increased manifold in the local market, according to a survey conducted by Daily Times here on the first day of the week in Karachi.

Traders and shopkeepers attribute the price surge to a sharp increase in demand and non-stop increases in prices of petroleum products.

Taking full advantage of an ineffective price checking mechanism, meat merchants came out with another price jump of Rs50-100 per kg in veal beef rates. According to the survey, the beef price has been increased to Rs750 and Rs850 per kg (with and without bones) which was selling at Rs650 and Rs750 per kg before Eidul Azha, despite the fact that the official price of meat was fixed much lower.

Likewise, it was witnessed that milk sellers have increased Rs5 to Rs10 per litre price of fresh milk and Rs10 to Rs20 per kg yogurt even though the Sindh government has lifted the ban on vehicles carrying dairy products in lockdown.

The survey noted the prices of fruits have decreased in the local market. Golden coloured apples are being sold at Rs100-120 per kg against the price of Rs150-160 per kg in the previous week, the survey said.

The survey also noticed that prices of food grains/grocery items remained unchanged in the local market.