Olympic silver medallist Siobhan-Marie O’Connor has announced her retirement from competitive swimming, labelling it ‘the hardest decision [she] has ever had to make’.

In a heartfelt post to her Instagram page, O’Connor detailed the many highlights of her lengthy career, her earliest memories of the sport and how she is ‘excited to see what the future holds’.

While speaking to BBC Sport, O’Connor cited her ‘debilitating struggles’ with ulcerative colitis as the reason behind her decision to step away from the sport.

Earlier this year, she was hospitalised as a result of her condition which saw her missing the British Olympic Trials and a potential spot at this Summer’s Tokyo Olympic Games.

She said: “Having colitis is like having food poisoning every day of your life – you’re drained, in pain and have unfortunate symptoms of food poisoning.

“Sometimes I’d be so tired that I’d end up sleeping for 19 hours of the day.

“Despite all of the setbacks I’ve always felt it was mind over matter, but my body has been battered and bruised and each flare-up has taken its toll.”

While speaking on her decision, O’Connor said: “Stepping away from the sport I love has been the hardest decision I have ever had to make. I am very disappointed that I haven’t been able to compete at the Tokyo Olympics this summer, but I am so proud of all that I have achieved in my career.

“I can look back and say I was lucky enough to be able to achieve my dreams and all that I ever set out to do in the sport. I have been blessed with so many amazing opportunities during my time as an athlete that I will forever be grateful for.

“I have travelled the world, worked with incredible and inspiring people and made friends for life.

Reflecting on her introduction to the sport, she said: I first fell in love with the sport when I was nine-years-old, and back then I never could have imagined all the places it would take me and the memories I would make.

“I followed my dream and I’m so glad I did. None of it would have been possible without the unwavering support of my family, friends, coaches, team-mates and sponsors.

“Those who supported me on my journey made the tough times easier, and the good times even more special. No words will ever be able to describe what their support has meant to me and how grateful I am. I would like to thank those people for believing in me and allowing me to live my dream.” 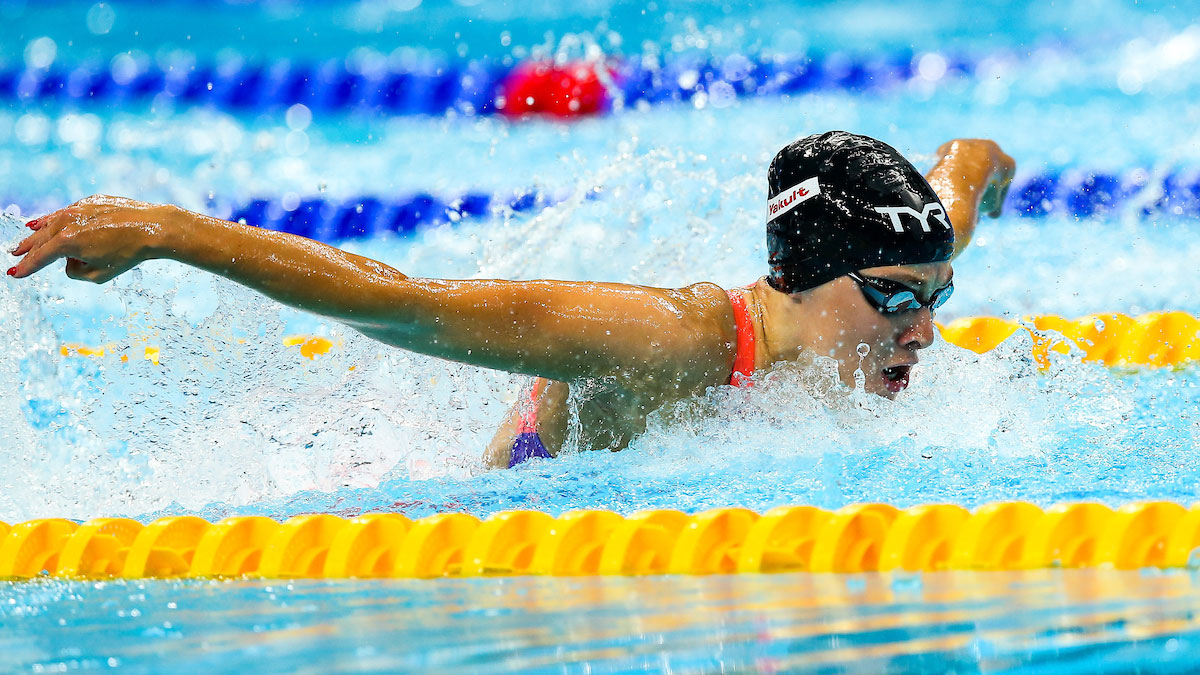 Siobhan leaves the sport with many achievements and accolades to her name including Olympic, Commonwealth, World, and European silverware.

Her first taste of Olympic success came as a 16-year-old when she became the youngest member of the Team GB swimming team to compete at the London 2012 Olympic Games.

Two years later, she went on to win a total of six medals at the Commonwealth Games in Glasgow and later defended her title in the 200m Individual Medley at the 2018 edition of the event.

The majority of her career was spent under the guidance of National Centre Bath head coach, David McNulty, before she made the switch to the National Centre Loughborough in 2019 where she was coached by David Hemmings.

Speaking on her retirement, McNulty said: “We took Siobhan into the Bath National Centre aged fourteen, and she quickly became a great member of the squad. Shortly afterwards, Siobhan became European Junior champion in the 200m and 400m Individual Medley, and one key milestone then was when she gained selection for the home Olympic Games in London in 2012.

“She was the youngest member of the British Swimming team at the Games and she went on to become an Olympic finalist at just sixteen.

“Highlights over the next few years of Siobhan’s career include her becoming Commonwealth, European and World Champion, as well as being a member of the world-record-breaking mixed medley relay team.

Commenting on the highlights of her time in the sport, he said: “For me and everybody who is involved in swimming, the highlight of her career would be the amazing silver medal-winning performance in the 200m IM at the Rio 2016 Olympic Games in a time of 2:06.88, a swim I still feel is up there with one of the best British Olympic performances in history.

“This was also very special to myself, Siobhan and the team at the Bath National Centre because we all knew the day-to-day challenge that Siobhan was coping with with her ulcerative colitis.

“It gives me amazing pleasure and pride to look back on that outstanding Olympic dream and journey that resulted in an Olympic silver medal.

“I would like to say a massive well done to Siobhan on an outstanding journey both in and outside of the pool. It was a huge pleasure and privilege to be a part of that as your coach. I’m so proud of you, have a great retirement.”