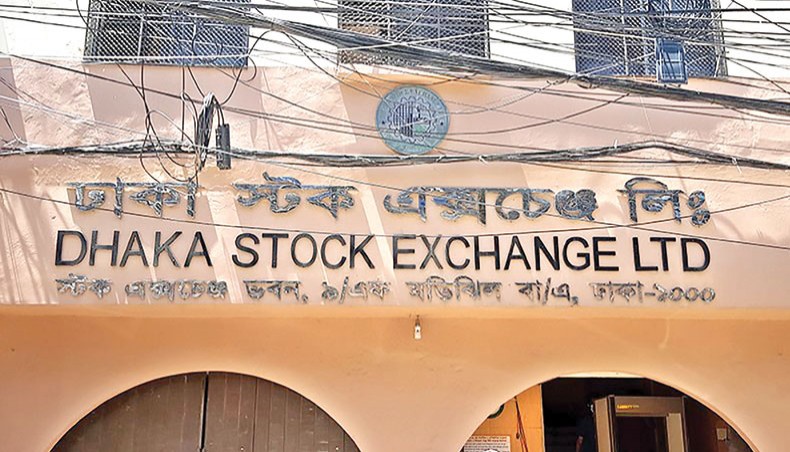 A file photo shows the Dhaka Stock Exchange Building in the capital. The country’s capital market has been going through a dry spell of initial public offerings as the Bangladesh Securities and Exchange Commission has only one IPO application to deal with after approving just five IPOs in the last eight months.— New Age file photo

The country’s capital market has been going through a dry spell of initial public offerings as the Bangladesh Securities and Exchange Commission has only one IPO application to deal with after approving just five IPOs in the last eight months.

Strict public offering rules, repeated changes in the rules, stringent action against wrongdoers and companies’ lack of interest in becoming enlisted on the stock exchanges were the prime reasons behind the recent sluggish spell.

Given the regulatory bindings, only two insurance companies and one bank have applied for the IPOs and received the nod in the last eight months. The other two companies had applied around two years ago.

Market experts and analysts said that the IPO market could not flourish unless the policy hurdles were removed.

One application from the Union Bank for collecting around Tk 428 crore through the IPO has remained pending with the BSEC.

BSEC officials claimed that expediting the IPO approval process had cleared the backlog in IPO applications.

Besides, companies have also shied away from listing on the stock exchanges as they have to remain under the regulatory watch, comply with various rules regularly and file taxes properly, they said.

BSEC spokesperson and executive director Rezaul Karim told New Age that one application from Union Bank was being reviewed for approval.

A number of companies were preparing documents to apply for raising funds through the IPO, he said.

Officials of a number of merchant banks said that the rules and regulations were unpredictable as the BSEC had changed the public issue rules several times, following which the companies had become reluctant to apply for IPOs.

In order to comply with the new rules, the companies and issue managers have to redo everything that raises expenses and kills time, they said.

In addition, the BSEC has toughened the public issue rules which are harder to comply with and less rewarding for the companies.

Only the better and good-governed companies can comply with the new rules. But, better firms do not want to come under increased regulatory scanner and deal with more compliance matters.

Therefore, there is no other way than framing policies which would compel the top performing companies to enlist on the stock exchanges, they said.

The BSEC has rejected the IPOs of around 15 companies for presenting phony financial statements in their IPO prospectus.

In June 2020, the securities regulator fined Al Faruque Bags, its auditor and issue managers for evidence of non-compliance in the company’s IPO proposal.

Such punishment has made the issue managers and companies cautious about IPOs.

The BSEC officials said that most of the companies which applied for IPOs were below standard and it was tough for the commission to give them the nod.

The BSEC has been making strong efforts to bring good companies, including multinational companies, state-run firms, companies under prominent groups, to the stock markets, they said.