North America’s cherry season started with California in April and has gradually moved up north. “Currently, we are working the cherry deal in the Pacific Northwestern US and Canada,” says Ricky Chong with Sutherland, S.A. Throughout the year, the export focused company ships cherries around the globe from five different growing regions.

Chong is very pleased with the quality of this year’s fruit. “We had a lot of chilling hours last winter, which has resulted in exceptional quality. There may be some stemless issues if we can’t get the fruit off the trees on time, but so far, production has gone seamlessly,” he said. During a recent quality inspection visit in the orchard, Chong was surprised to see how clean the fruit is. The heat in Western Canada is not expected to have a big impact on the fruit at this point of the season. “Thankfully, our volumes have not yet begun and at this stage, any heat stress to the cherries will be minimized to early varieties.” However, the heat will bring on maturity quickly and the season may wind down a little earlier. “I still expect British Columbia to go until August 25.”

All in all, both regions expect bumper crops this season. Washington State anticipates to harvest 22+ million cartons this year compared to 19.8 million cartons last year. Canada is looking forward to its biggest crop ever after a disappointing 2020 season. 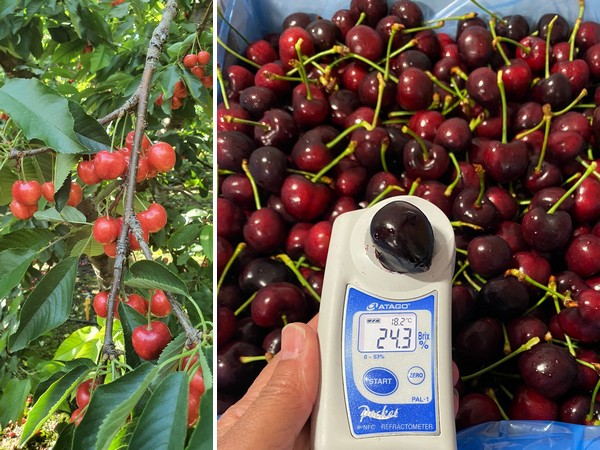 Demand exceeds supplies
Despite high production levels, demand is expected to exceed supplies through early July. “The 4th of July ads in the US and July 1st ads in Canada keep demand strong,” said Chong. “FOBs are stronger in Canada due to smaller volumes. At the same time, Canadian supermarkets heavily purchase BC cherries for Canada Day, a national holiday celebrated July 1st.”

Export programs into 30 countries
Sutherland’s export program brings cherries to approximately 30 countries around the globe during the North America season. “China, Taiwan, and Southeast Asia are our major markets, with Europe and the Middle East pulling from late July onwards,” Chong said.” Export programs are taking the brunt of global shipping challenges, but Sutherland has found ways to limit the impact. “We utilize Long Beach, Oakland, Tacoma, and Vancouver to move our ocean freight. Using so many different ports gives us a lot of leverage and leeway ensuring there is no interruption to our ocean business.” In addition, Sutherland is arranging Air Freighters as a second option in case sea transportation experiences issues during the season. All phyto inspections are performed next day by the Canadian Food Inspection Agency, resulting in a minimum window of 72 hours from picking to Estimated Time of Arrival. “However, we expect ocean logistics to improve each month as the world turns to normalcy.” 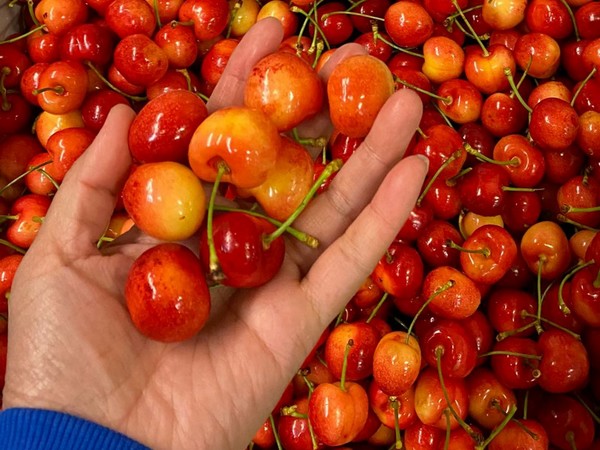 After the North America cherry season wraps up, Sutherland moves to Chilean cherries in early November and later on runs programs in Tasmania. “This ensures our clients we have cherries almost year-round.”

Toronto, Ontario — SATA Canada is offering a custom-designed SATAjet X 5500–and it’s exclusive to the Canadian market. The “Bored...

US And Canada Snowplows for Trucks Market Size, Scope and Forecast

New Jersey, United States – The US And Canada Snowplows for Trucks Market research report aims at providing a quick overview of...

Stocks in the doldrums as euro founders on recession fears

Some Could Turn to Tech-Heavy Growth ETFs in a Recession