Boyd Cordner is expected to become the third high-profile Sydney Roosters player to retire in 2021, forced out of the NRL because of repeated concussions.

The Roosters, NSW and Australia Test captain is reportedly set to confirm his retirement at a press conference on Monday morning.

The 29-year-old has not played since sustaining a head knock during the opening game of the 2020 State of Origin series.

Cordner returned to the field in that game but took no further part in the series.

He stepped away from the game to consider his future but the Roosters had been upbeat about a round 14 NRL return for their skipper.

That comeback date passed in the Roosters’ heart-stopping 35-34 win over the Gold Coast on Saturday with speculation that Cordner’s comeback had been put on hold.

Cordner will join former club co-captain Jake Friend in retirement in 2021 because of concussion issues. 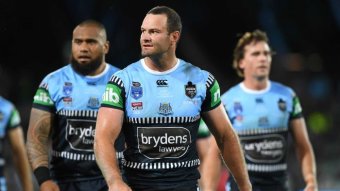 The Roosters have also farewelled Brett Morris this season after a career-ending knee injury.

Cordner’s call will mark the end of a decorated career where he won three premierships with the Roosters in 2013, 2018 and 2019.

Cordner still had two years to run on his Roosters contract but will instead end with 181 NRL games, 20 matches for the Kangaroos and 16 Origins for NSW.

Cordner’s medical retirement has been cleared by the NRL, according to media reports.

His decision to walk away from the game on health grounds comes as the NRL continues its crackdown on head-high tackles.