Stocks fell for a fourth day, wrapping up the worst week for the S&P 500 since February, as the Federal Reserve’s surprise hawkishness upended the reflation trade that has dominated markets this year. Commodities such as copper slumped while the dollar touched a two-month high.

The Dow Jones Industrial Average, a proxy for so-called value shares, fell more than the benchmark index as investors stepped back from trades tied to expectations for hot economic growth and inflation. Even safe harbor big cash-spewing technology companies such as Apple were lower, pushing the Nasdaq 100 down from a record high. Yields on shorter-maturity Treasuries jumped after St. Louis Fed President James Bullard said on CNBC that the central bank has started discussing scaling back the pace of pandemic bond-buying. 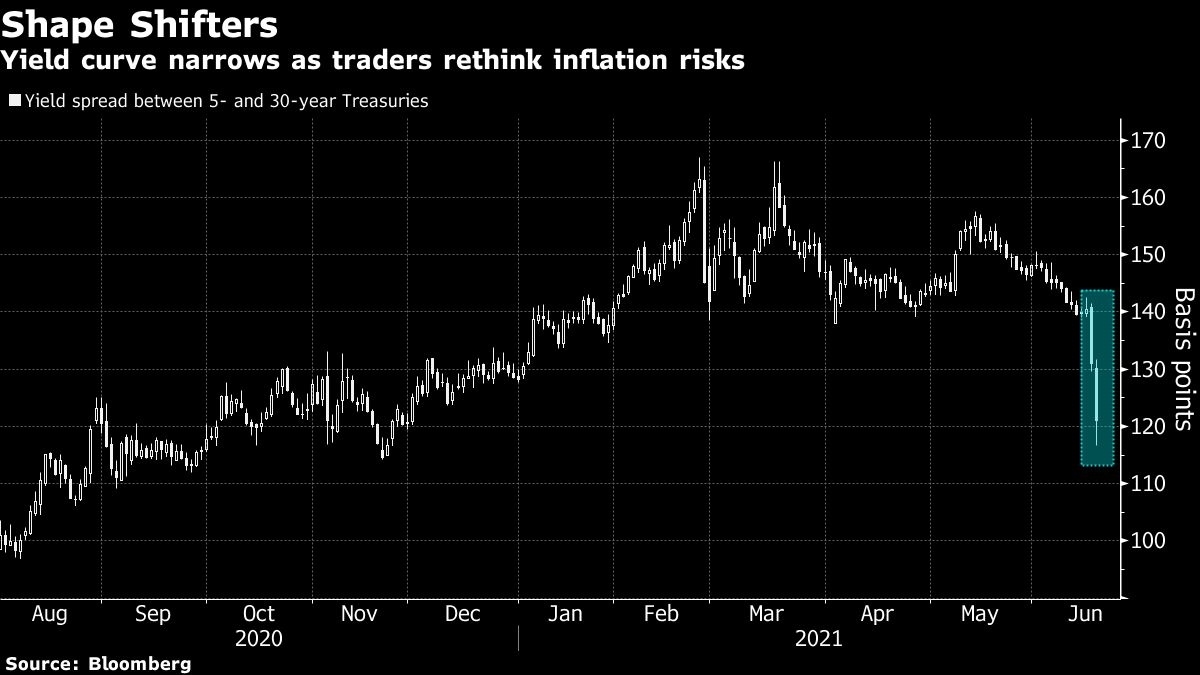 Markets that are clearly benefiting from the reopening are seeing a pullback, with copper registering its worst week since the start of the pandemic.

Oil posted a fourth straight weekly gain, even after slipping from the highest levels since 2018. An advance in the dollar this week has made commodities that are priced in the U.S. currency more expensive, driving declines across the complex. The Bloomberg Dollar Spot Index rose for a sixth trading session.

European shares fell the most in a month, with the longest streak of gains since 1999 brought up short by the Fed’s hawkish tilt at Wednesday’s policy meeting.

Elsewhere, some of the biggest gainers in the hottest corner of the cryptocurrency world tumbled back to earth.

These are some of the main moves in financial markets: