After declining an offer to extend his term, Uttar Pradesh Police Chief Hitesh Chandra Awasthi will retire from service on June 30. 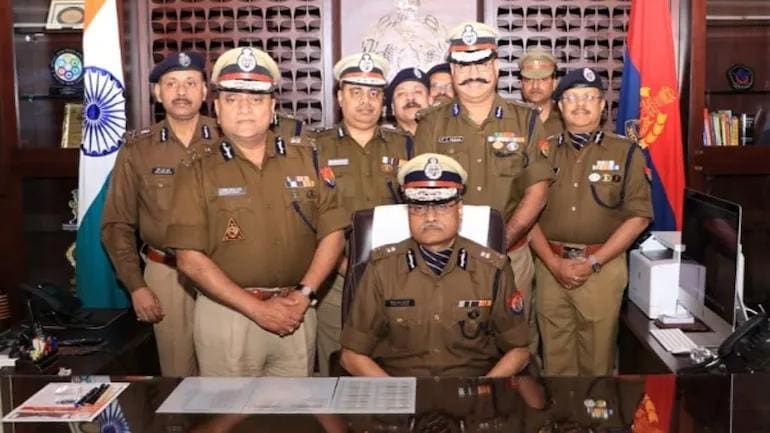 Uttar Pradesh Police Chief Hitesh Chandra Awasthy will retire from service on June 30. He earlier declined the offer for an extension of his tenure.

Awasthy’s impending retirement has prompted authorities to initiate the selection process for the next Director-General of the Uttar Pradesh Police and a decision is still awaited.

The UP government has forwarded to the central government a list of senior IPS officers from the UP cadre and the DGP will most likely be selected from that list.

A senior Uttar Pradesh Police officer told India Today that assembly elections will be held in Uttar Pradesh next year and that the new police chief will be appointed keeping those elections in mind.

“Uttar Pradesh Chief Minister Yogi Adityanath would like a DGP in place who would effectively deal with any attempts by anti-social elements to disrupt the electoral process so that the opposition parties cannot instil communal tension in the state and destabilise the BJP [Bharatiya Janata Party] vote bank,” the official said.

Another police officer said the way former DGP OP Singh remodelled the workings of the Uttar Pradesh police, it is clear that the next DGP should be of the same calibre.

Faced with the daunting task of policing the country’s most populous state, the Uttar Pradesh Police, led by the dynamic DGP OP Singh, carried out its mandated duties and obligations with unwavering diligence despite being grossly overstressed due to manpower shortages.

DGP Singh outlined the Uttar Pradesh Police’s priorities which included a visible increase in police presence, improving the service delivery mechanism to boost citizen confidence, catering to the most vulnerable members of society and enforcing a zero-tolerance policy for staff infractions.

Click here for IndiaToday.in’s complete coverage of the coronavirus pandemic.