Shares of Chinese e-commerce leader Alibaba Group Holding (NYSE: BABA) fell 13.9% in July, according to data from S&P Global Market Intelligence. Alibaba had already been under fire ever since its financial arm, Ant Financial, saw its IPO canceled by Chinese regulators last year. That was followed in April 2021 by a $2.8 billion fine for anticompetitive practices.

Last month, however, marked a whole new ball game for Chinese technology stocks broadly, especially those listed on U.S. exchanges. Thus, Alibaba’s stock got cut down further with the rest of the sector. 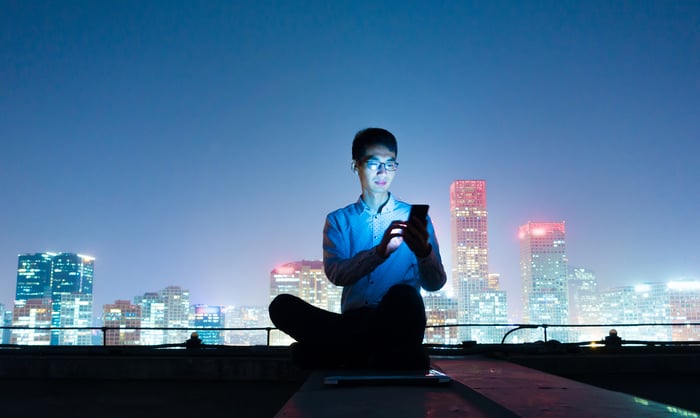 While actions against Alibaba and founder Jack Ma kicked off this regulatory campaign, Alibaba mostly fell in sympathy with the sector, as other companies became the main targets of China’s regulatory crackdown in July. In the early part of the month, regulators banned DiDi Chuxing from app stores, citing violations of data collection and usage policies. However, many interpreted the move as retaliation against Didi for going through with its U.S. IPO, even after authorities apparently didn’t want the company to do so.

Regulators then decimated the online education sector, saying online education companies would be prevented from making a profit on after-school tutoring services. And another government edict commanded food delivery companies to adhere to local hourly minimum-wage laws. Though rival Meituan is a leader in the space, Alibaba also competes in delivery through its Ele.me and Freshippo platforms.

This heavy-handed onslaught of government actions caused panic selling across the entire Chinese technology sector. Since Alibaba is a large component of many Chinese technology ETFs and index funds, it was hit along with the rest, despite most of July’s crackdowns being directed at other companies.

Alibaba just reported quarterly earnings in the early days of August, with revenue growth of 34% missing estimates), but adjusted earnings per share of 16.60 yuan ($2.57) beating estimates. Given the “glass half-empty” mentality around Chinese stocks of late, the stock sold off, despite management increasing its buyback authorization from $10 billion to $15 billion through 2022.

At a valuation of just around 20 times next year’s earnings estimates, Alibaba’s stock seems quite cheap, especially since it also has a healthy net cash position of around $50 billion and equity interests in many other companies. However, the Communist Party’s crackdown on tech companies remains a big wild card. Still, for those willing to bet the regulatory onslaught will end at some point, Alibaba’s leading positions in e-commerce and cloud computing could present an attractive long-term opportunity.

10 stocks we like better than Alibaba Group Holding Ltd.
When our award-winning analyst team has a stock tip, it can pay to listen. After all, the newsletter they have run for over a decade, Motley Fool Stock Advisor, has tripled the market.*

They just revealed what they believe are the ten best stocks for investors to buy right now… and Alibaba Group Holding Ltd. wasn’t one of them! That’s right — they think these 10 stocks are even better buys.